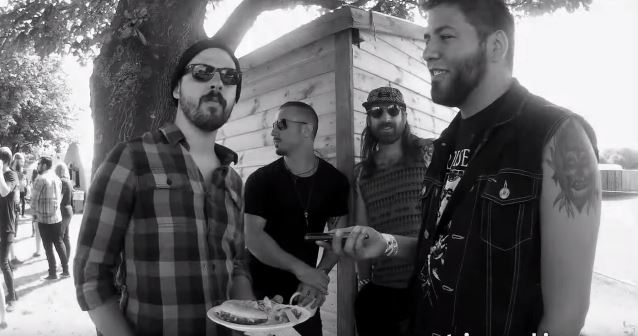 Jorge Fretes of Spain's GoetiaMedia.com conducted an interview with THE DILLINGER ESCAPE PLAN before the band's performance at this year's edition of the Hevy Fest, which was held August 14-15 at Port Lympne in Kent, United Kingdom. You can now watch the chat below.

Speaking about the progress of the songwriting sessions for THE DILLINGER ESCAPE's follow-up to 2013's "One Of Us Is The Killer" album, guitarist Ben Weinman said: "We're working on songs now, getting ready. We have five or six solid ideas starting up. And when we get back from this run [of shows], we'll try to tighten it up, finish it up [before entering the studio around November]."

Weinman went on to say that THE DILLINGER ESCAPE PLAN's new material follows "the DILLINGER direction," and described the songwriting process: "Ultimately, it starts out with music, and then Greg [Puciato, vocals] gets it, and it hits him a certain way. He hears most of the music fairly done before he starts working on it, and then we hear it back fairly done vocally. So it goes through different stages of development. It's exciting to hear it go through all the stages."

Asked if THE DILLINGER ESCAPE PLAN has already picked out a producer and mixer for the new album, Weinman said: "We worked on every single record with Steve Evetts, our producer. He's been working with the band as long as I have… many years. So, every now and again, we might change it up a little, bits and pieces of it — I do some of the production as well — but we're pretty much gonna keep going the way we've been going, I think."

THE DILLINGER ESCAPE PLAN last year collaborated with rapper Jarren Benton on a song called "Rage" as part of the Converse CONS EP series, where artists who might not ever cross musical paths are invited to step into Converse Rubber Tracks studios and mix it up.

THE DILLINGER ESCAPE PLAN's fifth full-length album, "One Of Us Is The Killer", sold around 15,000 copies in the United States in its first week of release to debut at position No. 25 on The Billboard 200 chart. The CD was released on May 14, 2013 through the band's own Party Smasher Inc., in partnership with Sumerian Records in North America. Party Smasher's partnership with BMG covers the rest of the world, including licensing deals with Grind House for Japan and Remote Control in Australia. 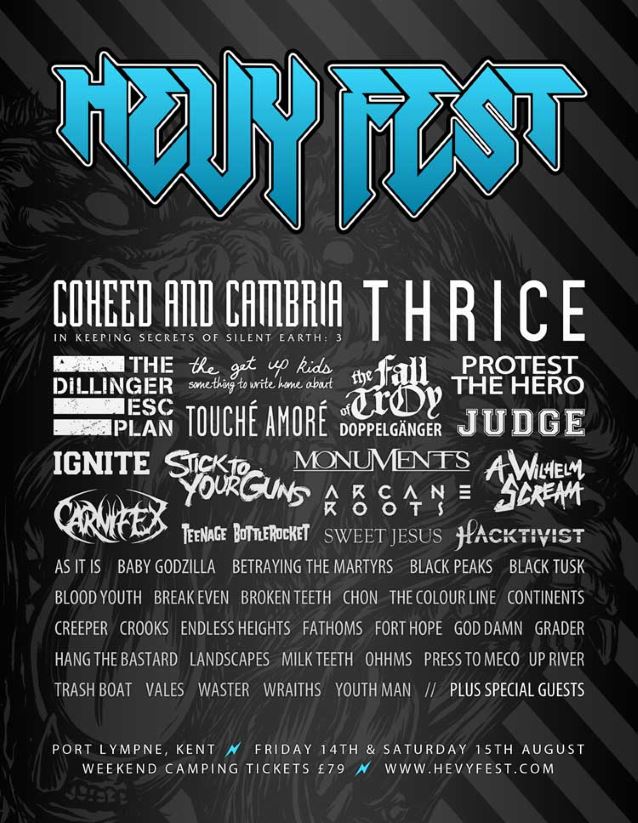