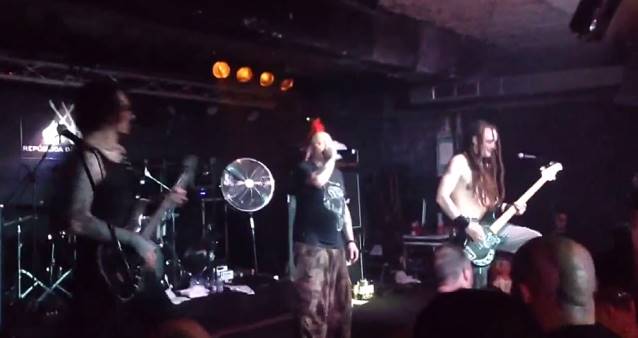 According to the Portuguese web site Blitz, singer Wattie Buchan of British punk legends THE EXPLOITED suffered a heart attack on stage during the band's concert last night (Thursday, February 13) in Lisbon, Portugal during the "Tour Of Chaos" with HATEBREED and NAPALM DEATH.

A fan-filmed video clip shot during last night's gig shows Wattie in visible discomfort while performing with his bandmates and the other members of THE EXPLOITED announcing that they would have to cut the concert short due to the singer's physical problems. Wattie is now said to be under observation in a Portuguese hospital, where he will remain for the next few days.

A posting on THE EXPLOITED's official Facebook page reads: "I'm sorry to say that due to a severe illness that Wattie can't continue with the tour. He will be in hospital for at least a week. Thanks for all the get-well messages. Much appreciated. Regards, THE EXPLOITED."

THE EXPLOITED recently inked a deal with Nuclear Blast Records.

Founded in 1980 in East Kilbride, Scottland by Wattie Buchan, the band was working on its new album for a late 2014 release.

Nuclear Blast Records will re-release several THE EXPLITED classics on March 14 (March 18 in the U.S.). The will include great bonus material and will be made available as CD digipaks and on gatefold vinyl. 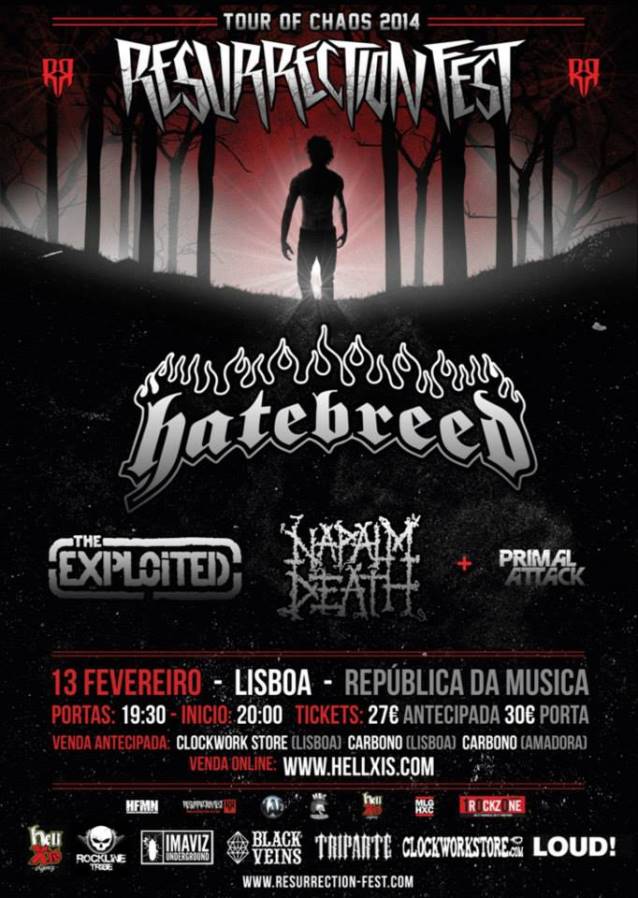