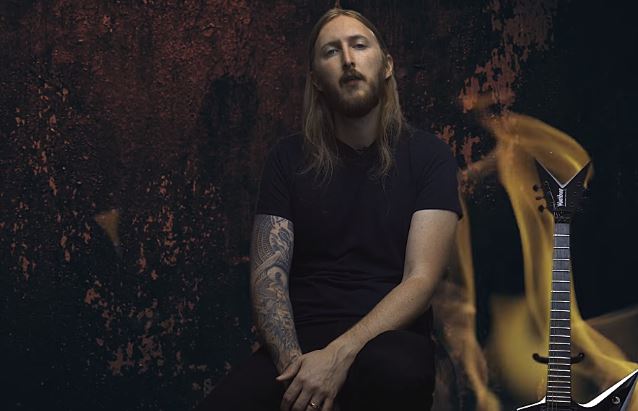 THE HAUNTED and FEARED guitarist Ola Englund has released a video in tribute to the memory of PANTERA guitarist "Dimebag" Darrell Abbott.

The legendary guitar player would be celebrating his 50th birthday this Saturday, August 20, and to mark the occasion, Englund decided to pay tribute to the memory of his fallen idol by releasing a video where the axemen talks about Dimebag's influence on his musical upbringing and performs his favorite Dimebag parts.

When PANTERA broke up in 2003, Dimebag and drummer Vinnie Paul Abbott formed DAMAGEPLAN. On December 8, 2004, while performing with DAMAGEPLAN at the Alrosa Villa in Columbus, Ohio, Dimebag was shot and killed onstage by Nathan Gale. He was 38 years old.

THE HAUNTED is currently working on the follow-up to 2014's "Exit Wounds" album for a tentative early 2017 release.