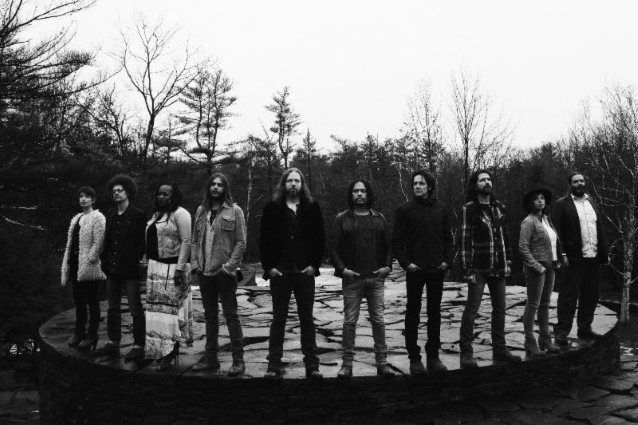 THE MAGPIE SALUTE — the new band bringing together Rich Robinson, Marc Ford and Sven Pipien of THE BLACK CROWES — will release its self-titled debut album worldwide on June 9 via Eagle Rock Entertainment. Produced by CROWES guitarist and co-founder Robinson, the musically tight and expansive album was recorded live in the studio in front of an audience at Applehead Recording in Woodstock, New York, except for the full studio track "Omission". The album carries special significance as it marks the last recorded work by Eddie Harsch, the late BLACK CROWES keyboardist whose signature sound and gentle soul are woven into THE MAGPIE SALUTE.

The deeply soulful rock "Omission" — written by Robinson and vocalist John Hogg — is the album's first single, arriving to radio in May, with a video to be released shortly thereafter. Look for the band to launch a national headline tour starting July 26 in Indianapolis.

In advance of the album's release, THE MAGPIE SALUTE will issue a 10-inch vinyl 45 single of "Comin' Home" and "Glad And Sorry" on Record Store Day, Saturday April 22 (U.S).

There is wide-open musical freedom on the band's debut album, with half of the 10 songs coming in over seven minutes in length, and the musicians' wide-ranging roots are reflected in the diverse selections. They offer fresh takes of THE BLACK CROWES' "What Is Home" and "Wiser Time", and interpret songs by DELANEY AND BONNIE ("Comin' Home"), Bobby Hutcherson ("Goin' Down South"), WAR ("War Drums"), PINK FLOYD ("Fearless"), THE FACES ("Glad And Sorry"), Bob Marley ("Time Will Tell", which THE BLACK CROWES covered on their second album) and the traditional "Ain't No More Cane".

THE MAGPIE SALUTE first surfaced this past January with four back-to-back sold-out shows at the Gramercy Theatre in New York. "It was clear from the get-go that Ford and Robinson still have unmistakable synergy," noted Glide Magazine (1/24/17). Then came the announcement of their debut in London where the group will perform four concerts at Under The Bridge (April 12-15), with the first show selling out shortly within an hour of the tickets going on pre-sale. This news was followed by the announcement of shows in Chicago (July), San Francisco (September), Boston (August), Atlanta (August) and Los Angeles (September). 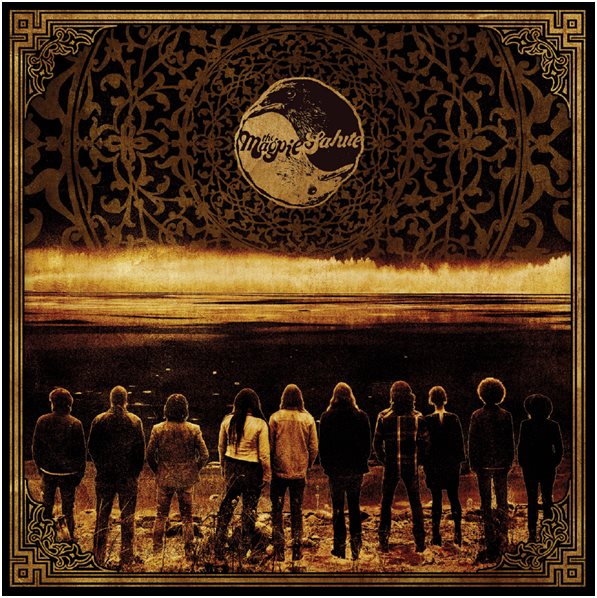