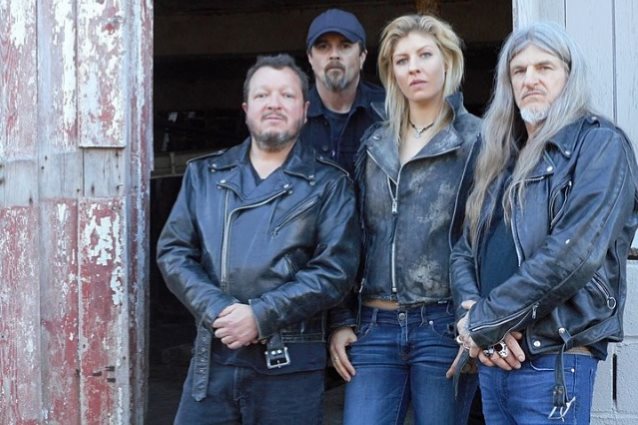 Reactivated Washington, D.C. doom metal overlords THE OBSESSED have released their first new recording since 1994. A re-recording of one of their earliest tracks, a 1983 song called "Sodden Jackal", it was released as part of the Adult Swim Singles series, and can now be streamed using the SoundCloud widget below.

THE OBSESSED is working on a new studio album, to be released next year via Relapse.

Guitarist/vocalist Scott "Wino" Weinrich, who has also played with SAINT VITUS, SPIRIT CARAVAN, THE HIDDEN HAND and SHRINEBUILDER, is joined in THE OBSESSED's current lineup by Bruce Falkinburg on bass and vocals, Brian Constantino on drums and Sara "Seraphim" Claudius (ex-ARMAGEDDON) on guitar.

Weinrich commented on THE OBSESSED's new record deal and the band's reformation: "The time is now for rebirth of THE OBSESSED. Fueled with the anger, wisdom and energy of all things past, this monumental achievement is the culmination of many years of dogged determination and the belief in the music.

"This music that we and many others find healing and inspirational. At last it sees the light, uncompromising and laden with passion and intensity that we'll immortalize on our new album."