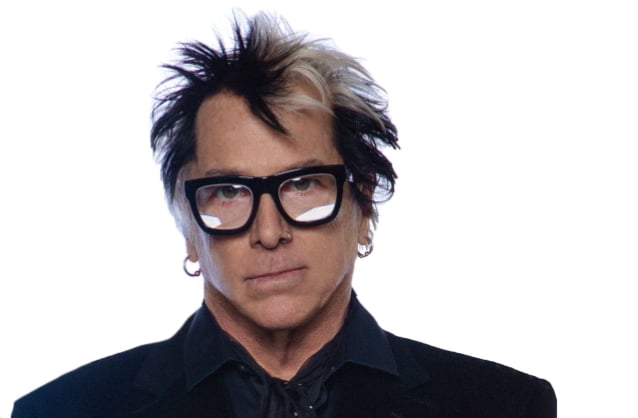 THE OFFSPRING guitarist Kevin "Noodles" Wasserman has blasted parents who believe masks are harmful to their children and claim that they reinforce an environment of stress and fear.

Earlier today (Thursday, January 20),Noodles took to his Twitter to write: "It is Covid that is killing people, not masks. If you think masks are more dangerous than Covid, then you are an idiot. If you are for #UNMASKOURCHILDREN then you are an irresponsible parent and a lousy fellow human."

Because most countries do not vaccinate children under 12, proponents of mask-wearing argue that masks protect the wearer and those around them from COVID-19.

Studies have repeatedly shown that in-school spread of COVID-19 can be contained through masking, sanitation and distancing.

Earlier this week, the Virginia chapter of the American Academy of Pediatrics issued a statement strongly recommending that school-aged children, regardless of vaccination status, wear a well-fitting face mask while attending school.

"Face masks remain safe and reliable, and children have demonstrated their ability to wear them effectively," the statement read. "In addition to protecting a child, face mask use significantly reduces the spread of SARS-CoV2 and other respiratory infections, thus keeping schools operational and ensuring children do not miss in-person school."

The U.S. Centers for Disease Control and Prevention recently updated its mask guidance, stating KN95s offer more protection than surgical and cloth masks and that respirators such as N95s offer the highest level of protection.

On Monday (January 17),THE OFFSPRING shared a three-minute video in which singer Bryan "Dexter" Holland, who has a Ph.D. in molecular biology and wrote his thesis on microRNA in HIV genomes, explained the science behind the band's decision to scrap its Canadian tour. Specifically, he discussed the R-naught or R0 value, which indicates the number of people an infected person can spread the disease to. A pandemic is considered to end if this value goes below 1.

Although there is no reliable estimate right now for the R-naught value for the omicron variant, figures for other variants vary, but it is estimated at roughly six for delta.

Holland's 175-page research paper, titled "Identification of Human MicroRNA-Like Sequences Embedded within the Protein-Encoding Genes of the Human Immunodeficiency Virus", had been published in PLoS One. He had received his Ph.D. from University of Southern California in 2017.

In October, THE OFFSPRING canceled its concerts in Denver and Salt Lake City after Noodles tested positive for COVID-19.

Two months earlier, longtime THE OFFSPRING drummer Pete Parada announced that was being dropped from the band's touring lineup after refusing the COVID-19 vaccine for medical reasons.

It is Covid that is killing people, not masks. If you think masks are more dangerous than Covid, then you are an idiot. If you are for #UNMASKOURCHILDREN then you are an irresponsible parent and a lousy fellow human.