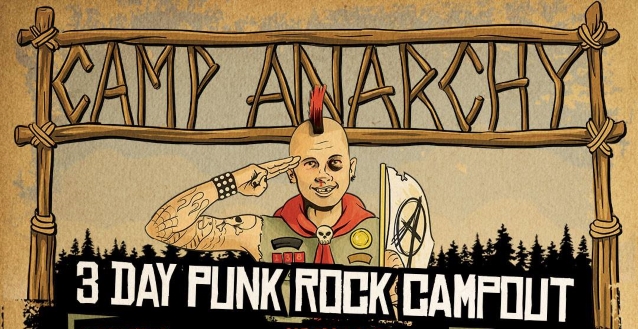 Camp Anarchy: 3 Day Punk Rock Campout — a new camping, craft beer and punk music festival — will take over Legend Valley, just outside Columbus, Ohio this spring, on Friday, May 31, Saturday, June 1, and Sunday, June 2. Camp Anarchy will feature performances by THE OFFSPRING, RANCID, NOFX, BAD RELIGION, PENNYWISE, X, SUICIDAL TENDENCIES, LESS THAN JAKE, FEAR, and more, along with craft beer tastings (available for purchase),and a slew of attractions including a Dodgeball Arena, Fair Games, Flea's Market Vendor Village, and much more. This one-of-a-kind destination event is the only punk rock campout in the country, and will host NOFX's first U.S. performance in over one year.

John Reese, Camp Anarchy co-producer and founder of Synergy Global Entertainment (SGE),says Camp Anarchy is "a punker's dream… three days of the best bands and so much to do while camping under the stars in Ohio. What could be better?"

Fletcher Dragge of PENNYWISE says: "Super stoked to be taking part in the first-ever Camp Anarchy music and camping fest next year!!! Looks like Legend Valley will become ground zero for some serious punk rock debauchery and musical mayhem. THE OFFSPRING, RANCID, NOFX, BAD RELIGION, PENNYWISE, X, SUICIDAL TENDENCIES, LESS THAN JAKE, FEAR? What the f*ck? Does the lineup get better? Craft beer tastings, shit to buy, shit to eat, booze to drink, and camping chaos till all hours? There is no question that this is gonna be a f*cking crazy good three days!!! Not to mention, this will be NOFX's first performance in America in over a year... who the f*ck is gonna miss that shit?! I'm not!! See you in the pit f*ckers! That's where I'll be!!"

The daily band lineup for Camp Anarchy is as follows (subject to change),with more bands to be announced:

Attendees 21+ with festival tickets can purchase a Friday, Saturday, or Sunday craft beer Tasting Pass in advance for only $17.50 (plus fees). The Tasting Pass will allow entry into the Craft Beer Tasting Area, where during the tasting, attendees can enjoy 15 3 oz. craft beer tastes, choosing from over 150 craft beers from dozens of top breweries.

General Admission tickets, VIP ticket packages, and camping options for Camp Anarchy will be available for purchase Friday, December 14 at 10:00 a.m. ET. Visit CampAnarchyFest.com for details on all ticket and camping packages.

Weekend (Friday - Monday) camping add ons start at $129.50 (plus fees) for Tent Camping (for up to 4 people) and $199.50 (plus fees) for dry RV Camping (for up to 4 people). All camping options are for Friday, May 31 through Monday, June 3 and do not include admission to the festival unless otherwise noted. (Festival tickets must be purchased prior to camping passes.) 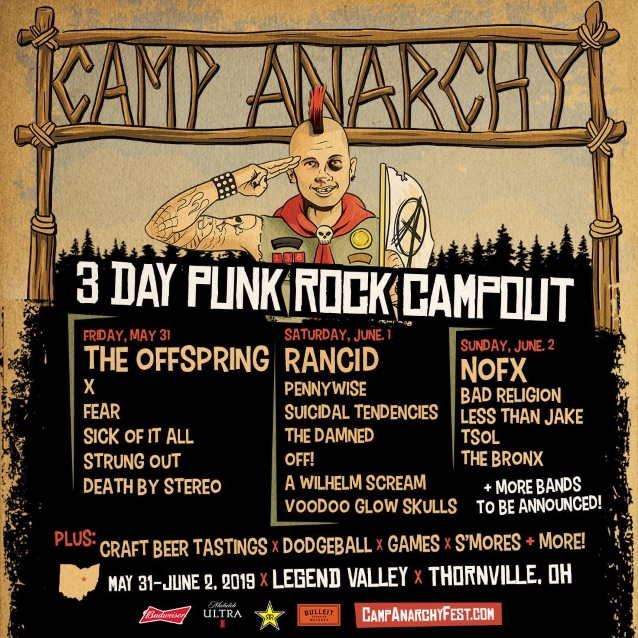