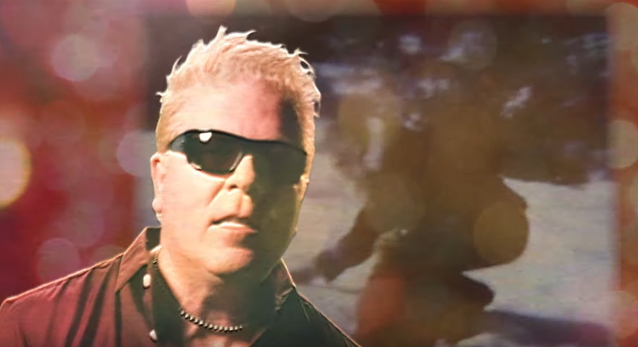 THE OFFSPRING has just released the official music video for its Bob Rock-produced cover version of "Christmas (Baby Please Come Home)", a rock song originally sung by Darlene Love and included on the 1963 seasonal compilation album "A Christmas Gift For You" from Phil Spector.

Says THE OFFSPRING frontman Dexter Holland: "It just seemed like the world could use a nice holiday song right now. We've always been huge fans of Darlene Love, so when the idea came up to do a Christmas song, we jumped at the chance to record that one…and tried not to wreck it!"

This past April, THE OFFSPRING jumped on the "Tiger King" bandwagon by recording a cover version of THE CLINTON JOHNSON BAND's "Here Kitty Kitty", a song made popular by Joe Schreibvogel — better known as Joe Exotic, the "Tiger King" — through the Netflix docuseries.

The official music video accompanying the California rockers' rendition of "Here Kitty Kitty" saw Holland and guitarist Kevin "Noodles" Wasserman abiding by social distancing regulations while sporting facial masks. They were accompanied on drums by someone wearing a tiger costume while a couple of "feline" friends keep things light for the band's fans.

THE OFFSPRING recently completed work on its long-awaited tenth album. The follow-up to 2012's "Days Go By" was once again produced by Rock, who also worked on the band's last two LPs.