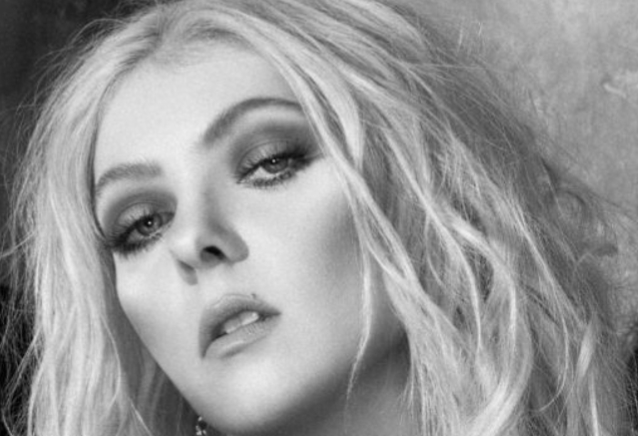 In a new interview with Nikki of the FM99 WNOR radio station, THE PRETTY RECKLESS frontwoman Taylor Momsen was asked if she has given any thought to writing a book at some point. The 27-year-old singer, who was an actress before she became a musician, responded (as transcribed by BLABBERMOUTH.NET): "Yeah, it's something that I've actually kind of been working on. Not working on working on, but I would certainly like to — at some point; not now, but later down the line… I just kind of write down stories and things that have happened, 'cause I would like to put out an autobiography at some point, because there's a lot you don't know. [Laughs] I keep a journal of things that I would maybe put in that at some point. But I haven't officially made that jump or whatever… I haven't had the full-on talks with people or anything. Because I don't think the story's complete yet. So, I've gotta wait a little longer… And then you put out one, and the story's still not complete, so you have to put out another one. As long as life's going, it's ongoing."

Momsen started acting at the age of two, though her breakout role came in 2000, at the age of seven, when she played Cindy Lou Who in the live action adaptation of "How The Grinch Stole Christmas", starring Jim Carrey. Seven years later, she rose to fame as Jenny Humphrey in the CW's hit teen drama "Gossip Girl". She ended up leaving the show for good after the fourth season, insisting she was taking a break from Hollywood. She later told various media outlets that she was "not pursuing" acting at all, saying that "it feels like a past life."

THE PRETTY RECKLESS's latest album, "Death By Rock And Roll", was made available in February via Fearless Records in the U.S. and Century Media Records in the rest of the world.