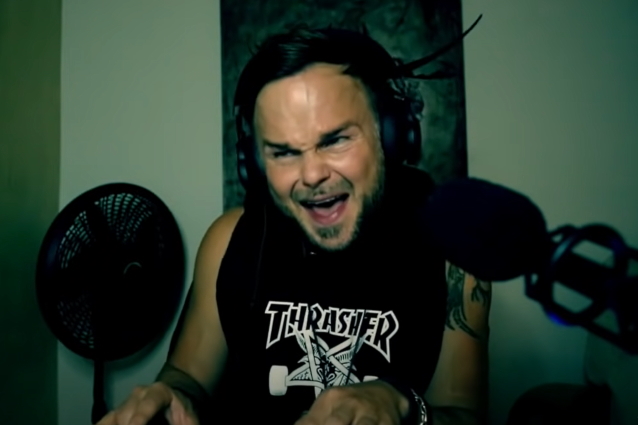 Singer Lauri Ylönen of Finnish rockers THE RASMUS has released his piano-and-vocal cover versions of METALLICA's "Master Of Puppets" and SLAYER's "South Of Heaven" as part of his "Bedroom Sessions". You can now watch the two clips below.

Lauri previously stated about his YouTube series: "Every Sunday I will post a new video where I play songs in my bedroom, all by myself. It’s gonna be THE RASMUS songs but also other songs that have inspired me over the years."

During the last pandemic-infused year, THE RASMUS has been busy recording its tenth album together with U.K.-based, Danish-born producer Joshua, whose credits include KENT, MEW, KASHMIR, GUANO APES, BRODER DANIEL and CARPARK NORTH. Last month, THE RASMUS returned with the first fruits of those sessions in the form of new single "Bones".

"Bones" will be followed by more singles in the autumn, leading up to a full album release in 2022 (details to follow). The band has also announced a worldwide tour for 2022 in support of the new album.