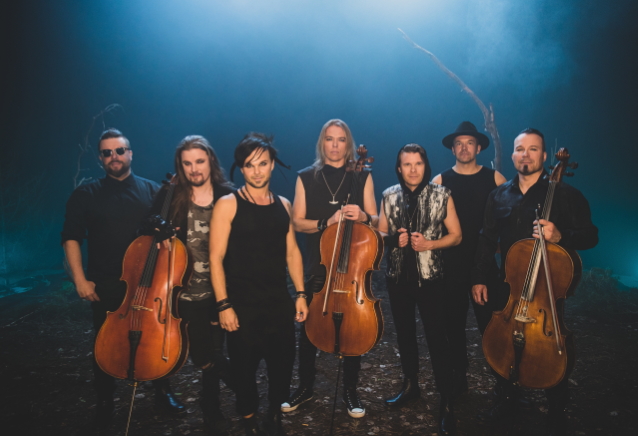 Finnish rockers THE RASMUS have collaborated with APOCALYPTICA on a new song called "Venomous Moon". The track is the second single from THE RASMUS's upcoming album, recorded during the pandemic, with the bandmembers being stranded in Hawaii, Helsinki and Sydney and with the producer Joshua in England. It is co-produced by Martin Hansen who has worked with THE RASMUS on four albums, including their breakthrough single "In The Shadows". The members of APOCALYPTICA, who had also worked with Hansen before, contribute their trademark intense cello riffs to the track. THE RASMUS's singer Lauri Ylönen and APOCALYPTICA previously joined forces on the songs "Bittersweet" and "Life Burns".

Says Ylönen: "'Venomous Moon' is about isolation and being separated from the world, but I wrote it before the virus came along. I must have caught a glimpse of the future, which then added a whole new layer of melancholy to the song."

The "Venomous Moon" music video, which can be seen below, was directed by Vertti Virkajärvi and produced by No Office. THE RASMUS and APOCALYPTICA both perform in the video, which is inspired by the "Stranger Things" TV series and features spooky creatures stemming from the same deep forests as the Groke in the Moomin stories.