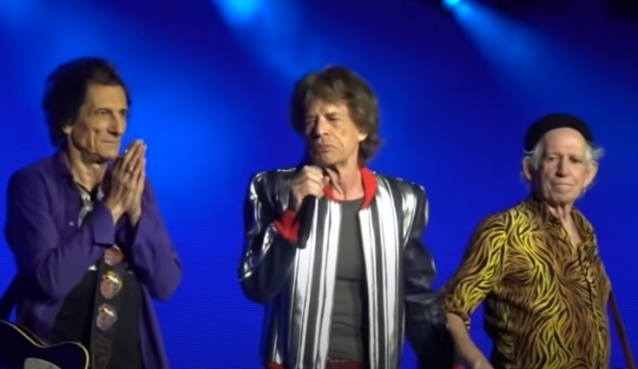 THE ROLLING STONES have announced a run of fourteen shows in ten countries across Europe this summer and reveal the title of the new tour, "Sixty", in celebration of their 60th anniversary. THE STONES just keep on rolling and are back where they belong, out on the road in Europe playing to packed stadiums, staging a new show and a brand new "Sixty" production starting in Madrid on June 1.

"Sixty" will see Mick Jagger, Keith Richards and Ronnie Wood make their long-awaited return to their home turf of the U.K., kicking off with a special concert at the home of Liverpool FC - Anfield, the first-ever stadium show in this city by THE STONES and their first in Liverpool for over fifty years, followed by two shows in London's Hyde Park. See the full European tour dates below.

As you would expect on the band's 60th anniversary, THE STONES, once again joined by Steve Jordan on drums, will be treating fans to a setlist like no other, packed full of classics such as "Gimme Shelter", "Paint It Black", "Jumpin' Jack Flash", "Tumbling Dice", "(I Can't Get No) Satisfaction", "Start Me Up" and many more. However, it wouldn't be a ROLLING STONES gig without some surprises each night, and a selection of unexpected tracks from their formidable arsenal of songs will also be popping up in the set list. As always with THE STONES, there will be a spectacular new "Sixty" production, including a massive stage, cutting-edge lighting and state-of-the-art video design, all to be unveiled for this long-awaited European tour.

THE ROLLING STONES' "Sixty" follows the huge success of the critically acclaimed and highest-grossing USA "No Filter" tour, which saw the band play to sold-out stadiums across the States, selling over half a million tickets in the autumn of 2021.

Today, a brand-new ROLLING STONES tongue for the tour, created by award-winning British designer Mark Norton, has also been unveiled. Find the new "Sixty" tongue below. 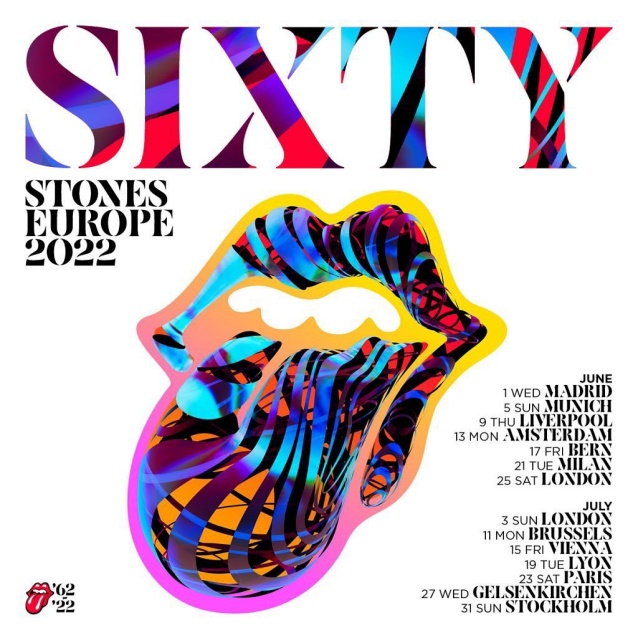