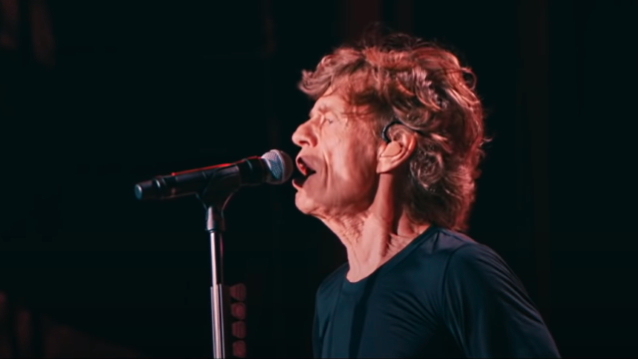 As part of YouTube's #StayHome campaign, THE ROLLING STONES will launch a weekly series titled "Extra Licks" on the band's official YouTube channel starting this Sunday, May 3 at 12 p.m. PT / 3 p.m. ET / 8 p.m. BST. Each featurette — available digitally for the first time — will appear as a YouTube Premiere, streaming bonus features of six concert films from throughout THE ROLLING STONES' career, including performances from the 1994 "Voodoo Lounge" tour and the 2016 Latin America "Ole!" tour. This series is in partnership with THE ROLLING STONES and Eagle Rock Entertainment, and will stream exclusively on YouTube.

Just last week, THE ROLLING STONES released a new single titled "Living In A Ghost Town" that was created and recorded in Los Angeles, London and in isolation. The track was released in tandem with a brand new music video that premiered exclusively on YouTube and has almost four million views to date.

YouTube Premieres is a feature that lets artists and their teams build anticipation and create a unique moment around a music video release on YouTube. The feature transforms the way fans view and engage with content by creating an event where fans and artists directly engage and enjoy the experience together in an interactive way. Premieres radically change how music video content is released, turning the watching experience into a communal moment.