THE WHO Postpones U.S. Tour Dates To Fall

The April and May U.S. stops on THE WHO's "Moving On!" tour are proactively being rescheduled to the fall/autumn out of an abundance of caution.

The band states: "As soon as we have the dates finalized we'll share the updated schedule, and all tickets will be honoured accordingly. Thank you for your understanding.

"Both Pete [Townshend, guitar] and Roger [Daltrey, vocals] — and the rest of THE WHO band — cannot wait to get out there and be with you all and share in some great music."

The "Moving On!" tour consists of Daltrey and Townshend with local symphony orchestras as they cross the country.

Among the postponed shows is THE WHO's April 23 appearance in Cincinnati, which was to have added historical significance as it was meant to be the first time the band would perform in the city since eleven lives were tragically lost as they waited to get into THE WHO's concert on December 3, 1979.

Last December, THE WHO's latest album, "Who", entered the U.K. chart at position No. 3, becoming the band's highest-charting U.K. LP in 38 years.

"Who" is THE WHO's first set of new material since 2006's "Endless Wire", which debuted at No. 9 in November of that year. 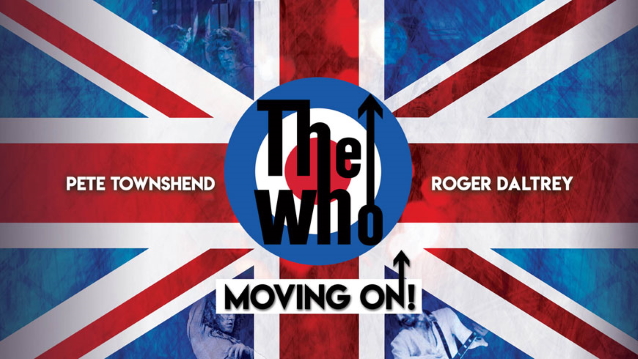