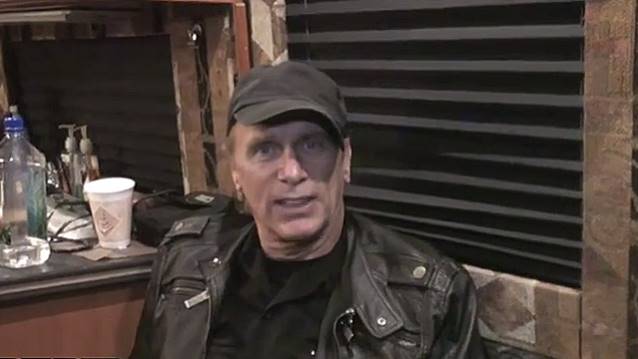 Each episode of "Tour Tips" features a touring act sharing five pieces of advice for artists who want to hit the road. In this episode, legendary bassist Billy Sheehan (THE WINERY DOGS, MR. BIG, TALAS, DAVID LEE ROTH) shares his tips for being on the road.

Asked in a recent interview with For Bass Players Only if he has "ever done much slapping," Sheehan replied: "Actually, I came up with my own version when slapping became musically popular. Tapping was popular, but I saw what happened when it became popular: Everybody started doing it! Everybody's got to be tapping all of the time. It's just one little extra flavor and people just went too far with it.

"When the slapping came up, the same thing happened. Everybody had to slap. The only way to play bass was slapping. I ignored slapping completely. I didn't want to get into it and I avoided it. Another reason is when I first was playing in clubs, the first time I heard slap bass licks was in a disco. When disco came out, they were tearing stages down and putting in dance floors and we were losing gigs. It was traumatic for me to hear that bite, that little bounce-snap of a slap or plucked bass string that slap guys do. It was like, 'We lost our Tuesday night gig because they tore the stage down and now it's a disco!'

"I've seen so many guys that are supreme masters at it, but I didn't want to ape them or copy them, so I sat down on my rooftop patio one night and I said, 'Let me figure this out.' It was more of a rock way of slapping. When I do my clinics I say, 'If Steve Harris from IRON MAIDEN were to slap, this is how he would do it.' It's not a funk slap. It's more of a heavy, hard-hitting eighth and sixteenth note from the forefinger slap and pull.

"I've been experimenting with that a lot. I actually got to the point where I could use it, which is a great transition from sitting down in a quiet room and working something out to actually getting it up on stage and being able to utilize it, physically live in a hot sweaty gig. I have actually gotten to the point where I'm using it a lot. That's quite a chasm to traverse. It's a different thing than the normal, funkified slap. It's more of a rock/metal version of it. It seems to be working. A couple of people I showed it to seem to enjoy it, so I'll head down that path a bit further, for sure."