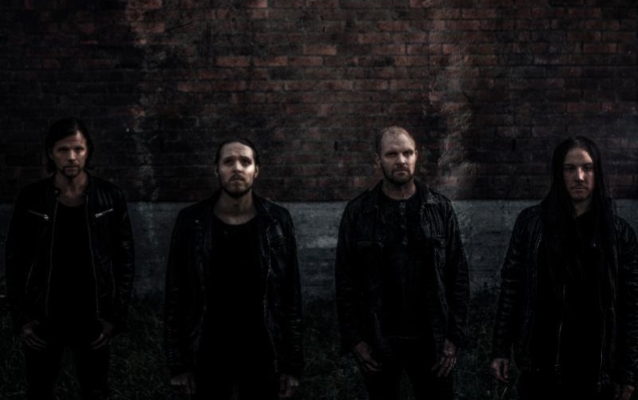 Swedish collective THENIGHTTIMEPROJECT — founded by current and former members of KATATONIA, OCTOBER TIDE and LETTERS FROM THE COLONY — has announced the details of its impending second LP, "Pale Season", now confirmed for release on June 28 through Debemur Morti Productions.

THENIGHTTIMEPROJECT is comprised of Fredrik and Mattias Norrman, (guitars and bass, respectively),who spent fifteen years in KATATONIA, and are now also active in OCTOBER TIDE, as well as guitarist/vocalist Alexander Backlund and drummer Jonas Sköld, who both also currently hold rank in LETTERS FROM THE COLONY.

Guitarist Fredrik Norrman comments: "I'm very pleased to finally be able to give some info over what we've been doing the past year. This is easily one of the best albums I've ever been part of. Very proud of what we've managed to achieve."

Debemur Morti Productions will release THENIGHTTIMEPROJECT's "Pale Season" on CD, LP, and all digital platforms on June 28. Stand by for audio previews, preorders, and much more to be issued in the weeks ahead.