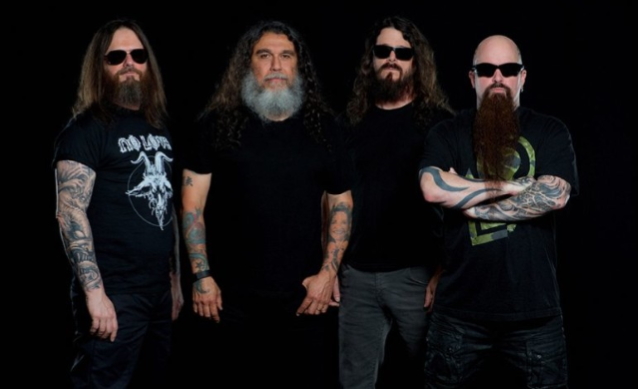 Ayesha King, wife of SLAYER guitarist Kerry King, says that there is "not a chance in hell" that the thrash metal icons will reunite for more shows following the completion of their farewell tour.

Ayesha made her comments in response to fan inquiries on Instagram about a possible SLAYER comeback, one day after the band played its final show at the Forum in Los Angeles.

When one fan predicted that SLAYER will be back in 2022, Ayesha replied: "Not a chance in hell." After another fan then pointed out that MÖTLEY CRÜE's Mick Mars and GUNS N' ROSES' Slash both said the same thing about their respective bands once upon a time, Ayesha shot back: "Kerry King is not Mick Mars or Slash." She then quipped: "I might just have slightly more info than the rest of you." When a fan joked that the new SLAYER album would be great, Ayesha responded: "Don't hold your breath." Finally, when a fan wondered if this was truly the end for SLAYER, Ayesha commented: "You can bet on it."

Back in April 2018, Tom Araya's wife said that he had not questioned his decision to embark on one final SLAYER tour before the band called it quits.

Sandra also confirmed that she and Tom had "some ideas and plans" for how they plan to spend their post-SLAYER years, although she did not offer any details.

Although Araya had neck surgery in 2010 and had to give up his trademark headbanging, King said "We've picked up the slack. Me and Gary Holt [guitar] put on a show. Paul Bostaph [drums] puts on a show. Tom has actually gotten better at singing and playing bass since he's not throwing his head every which direction. So I think, at a time if we couldn't put on a show, I hope I'm smart enough to say, 'Let's do a farewell tour right now and chop it.' Don't give anybody that view of seeing you in a way that you shouldn't be seen."

Tom had been vocal in recent years about his growing distaste for the touring lifestyle and his desire to spend more time with his wife and kids at home. "There came a time where I became a family man, and I had a tough time flying back and forth," he said in a 2016 interview. "And now, at this stage, at the level we're at now, I can do that; I can fly home when I want to, on days off, and spend some time with my family, which is something I wasn't able to do when [my kids] were growing up. Now they're both older and mature. So now I take advantage of that." Araya added: "Yeah, it just gets harder and harder to come back out on the road."

Original SLAYER drummer Dave Lombardo left the band on at least three different occasions, including in 2013, when he was once again replaced by former FORBIDDEN drummer Paul Bostaph. 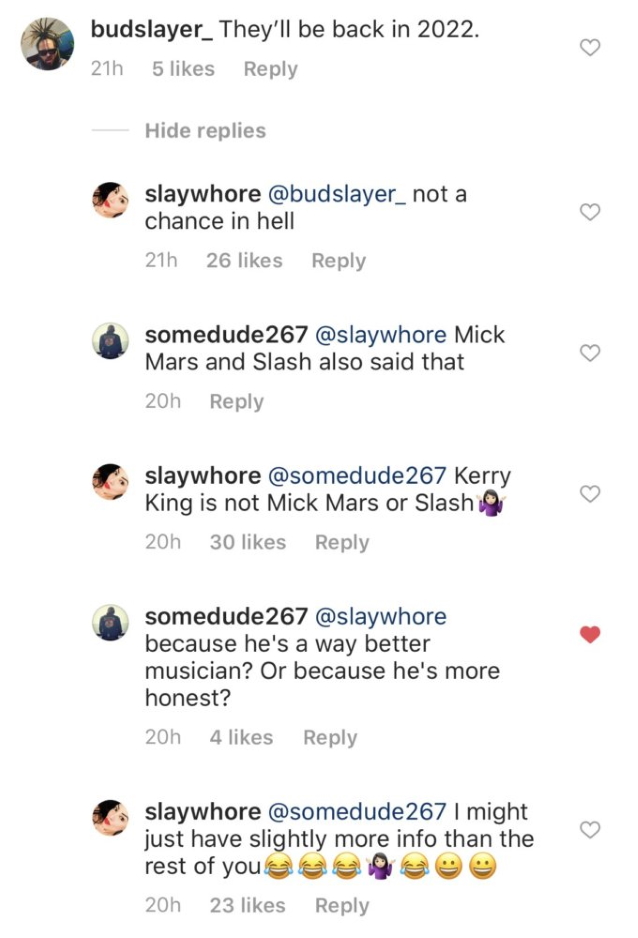