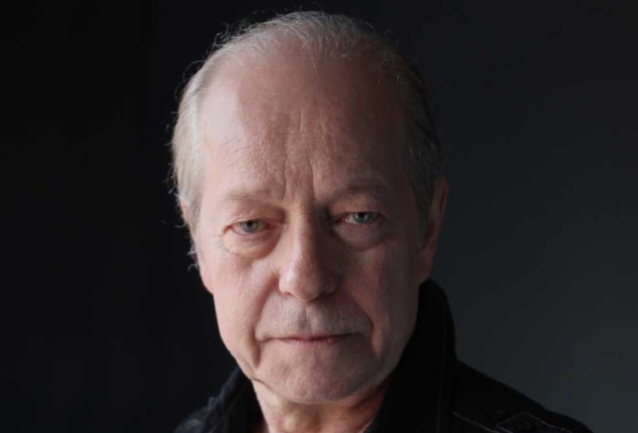 Founding THIN LIZZY guitarist Eric Bell has slammed METALLICA for allegedly failing to pay him for a guest appearance 20 years ago.

The now-72-year-old musician, who made his name in the original lineup of THIN LIZZY, was invited to play "Whiskey In The Jar" with the metal legends at the Point Theatre in Dublin in July 1999.

He told the Irish Sun that he joined METALLICA on their private plane as they made their way from the U.K. to Dublin. He expected to receive around 2000 euros (approximately $2,200) for his appearance — although he admitted that there was no agreement on the fee.

"It was about half three in the morning," he said. "The transport was all lined up, and there was a car to take me home. I was quietly expecting about two grand, which wouldn't have meant a thing to them. But [a member of their crew came over to say goodbye at the private airfield and] I got handed over a big ball of METALLICA t-shirts, key rings and hats. I got paid f*** all. Then they all f***ed off. It wasn't until I was sitting in my car on the way home I realized they hadn't paid me. I thought I'd get something in the post but not a dickie bird. Later somebody tried to get in touch with METALLICA to get me something but they found it impossible and they gave up.

Bell was a founding member of THIN LIZZY, playing guitar on their first three albums. He left LIZZY on New Year's Eve 1973, but remained on good terms with with his ex-bandmates. Eric's last performance with THIN LIZZY took place during the 1983 tour at Hammersmisth Odeon when Philip Lynott reunited all the guitar players of THIN LIZZY story to play a show. Bell performed "The Rocker", a song he co-wrote.

Eric released his new autobiography, "Remembering - The Autobiography Before During And After Thin Lizzy", as hardback and audiobook, narrated by the guitarist himself, in September via his exclusive production team Of The Edge Productions.