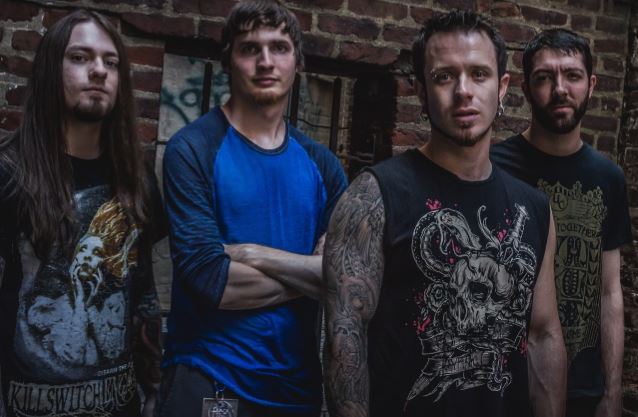 Agonia Records has announced the signing of Canadian melodic thrash metal powerhouse THREAT SIGNAL to a worldwide deal. The band has finished recording its long-awaited fourth studio album, "Disconnect", for an early 2016 release.

Since their critically acclaimed debut offering "Under Reprisal" (2006), which won the Canadian Recording Of The Year Award at the Hamilton Music Awards, THREAT SIGNAL became internationally recognised as one of the best modern acts in thrash metal. Their latest two installments, the intense "Vigilance" (2009) and reinvented "Threat Signal" (2011), have both met with unrelenting hype, with each entering Billboard's Heatseekers chart, at #32 and #26, respectively.

THREAT SIGNAL came to life in 2003 and immediately began generating growing interest within the metal community. Their debut song, "Rational Eyes", hit No. 1 on the international music web site GarageBand.com and maintained that position for over two years. As a result, the young band signed to Nuclear Blast and started intensive touring, having performed with such acts as CHILDREN OF BODOM, SOILWORK, SAXON, OPETH, KATAKLYSM, HATEBREED, EPICA and ARCH ENEMY.

THREAT SIGNAL frontman Jon Howard commented: "We are very excited to have inked a deal with Agonia Records.

"We strongly believe that Agonia will be a great partnership, and together we will push THREAT SIGNAL's music to more listeners than ever before.

"Our new album, 'Disconnect', in my opinion, is the strongest album we've recorded to date.

"Thank you, Agonia, for making this happen for us, and we look forward to the road ahead!"