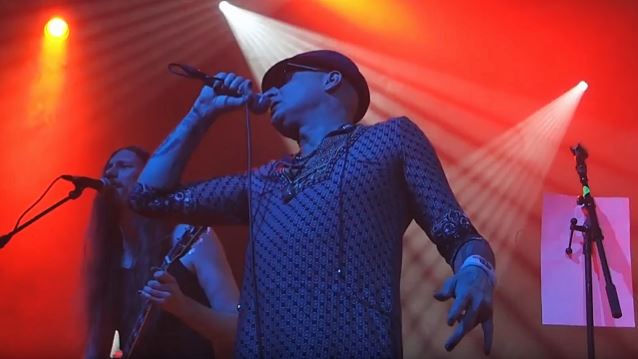 According to Georgia Today, a group of people led by several radical priests tried to shut down the two-day event on the outskirts of Georgia's capital city Tbilisi 30 minutes after the concert began.

Unanyants added that the local Orthodox parish in the Tbilisi suburb of Zahesi demanded an end to the concert because they claimed that the festival was desecrating a nearby cemetery.

JINJER, one of the groups that were scheduled to play at the festival, wrote on their Facebook page that their performance was canceled "due to an attack by a group of religious fanatics." They added: "Tbilisi JAM! Fest was disrupted because a nearby monastery didn't like it. The priests brought an angry crowd of extremist supporters and attacked the festival area!!! It is sad to realize that in Georgia, a country that appears to be civilized, religion has more power than the law."

The police reportedly prevented the protesters from entering the main staging area of the festival and convinced the priests to leave the premises without further incident.

Edita Badasyan, a fan who witnessed the events, posted on Facebook that the festival was immediately shut down after the power cut.

"The electricity suddenly went out and the power company‪ EnergoPro Georgia says they don’t have any information about the cut. P.S. New information. The festival has been shut down," Badasyan wrote in her post.

In an exclusive statement to BLABBERMOUTH.NET, TIAMAT mainman Johan Edlund spoke of his frustration at being unable to perform for the band's fans in Georgia and tried to reassure everyone that his group's intentions were pure.

Edlund said: "We landed in Tbilisi, the capital of Georgia, just today, quite late, or actually in the morning. Yesterday was the first day of a two-day festival that we were headlining. And that's the biggest rock festival in Georgia.

"Yesterday, Orthodox monks attacked and closed down the festival, mainly because of us, TIAMAT, because we had inverted crosses in our old logo type and I have written 'Hail Satan' on my chest."

He continued: "I told the promoter that they're very welcome anytime to my hotel. I gave the hotel room, anything. Knock on the door, come here and we'll discuss it and we'll find a solution. Because I lived for eleven years in an Orthodox country, and after my father's death, I tried to convert to Orthodox church myself. I've been there a billion times in the biggest Orthodox church that is my neighbor; I lived on their soil for ten years. And I didn't see why this should happen, because we really come in peace. We just want the people here that want to go to a rock festival to be pleased and happy and to have a good time. So I don't see why this should be a problem. But they haven't replied. And the organizer now is trying to set up a club show at a place that we don't know yet, because no one is allowed to know it until it happens. The monks are trying to find out what the organizers are trying to do in order to follow up on that, and it's pretty fucked up."

Edlund, who says he is religious himself, added that he doesn't "understand why religion [doesn't] just stay on that first idea that it should bring people love [and] happiness.

"I don't hate anybody. I just try to do my best, and that's something hard enough. I mean, believe me, really. I had a lot of loss in my family and close friends weeks ago, and this is not what religion is about; this is not what church is about."

The TIAMAT frontman also expressed his surprise at the lengths to which the radical priests went to get the festival canceled.

"What I heard from a band that played yesterday — we had dinner together — [was that the priests] were even quite violent; I mean, physical," he said. "They actually attacked people. And I don't really understand what that's about."

Edlund had initially hoped that TIAMAT would be able to play a club show in Tbilisi Sunday night, but by the time BLABBERMOUTH.NET had reached him, he was resigned to the fact that the band probably wouldn't perform in Georgia this time around.

"Right now, at around eight in the evening, we are just lying in our separate hotel rooms, waiting for something," he said. "But we have a flight to Poland at four o'clock in the morning, and I think it starts to feel like it ain't gonna happen. And I feel very sad for the people. It's so stupid and unnecessary.

"We just thought that, 'Well, let's go back to the hotel and do some exercises. We're ready for a fight,'" he added.

"I'm not really afraid of monks, but I think it's very sad that religion [goes] these ways."

Advocates of "traditional" values in Georgia – including nationalists and social conservatives – have become more vocal of late, with fundamentalist Orthodox Christian groups and neo-Nazis targeting venues or events that they consider to be Western cultural threats.

The Georgian Orthodox Church, whose followers represent more than 80% of the population, has long been a significant player in the country's political landscape. 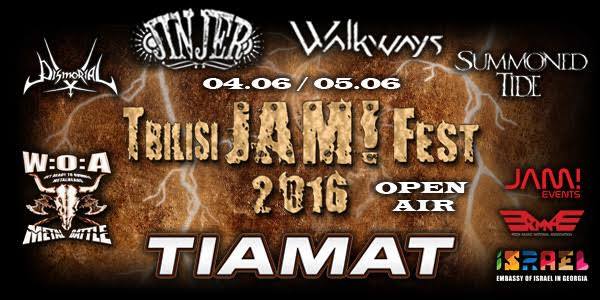