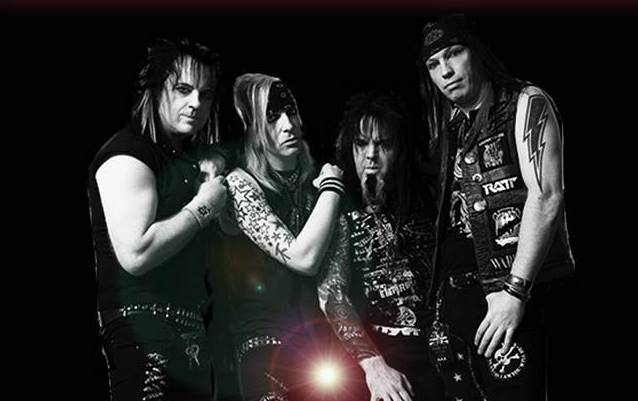 U.K. glam metal veterans TIGERTAILZ have announced the departure of singer Jules Millis "due to personal reasons." The band states: "We are really sad to see him go, but respect his decision as the band's priority is always that family, life and people’s well-being come first.

"We've had some amazing times and played some incredible shows. So we wish Jules all the very best for the future.

"We are currently in the studio working on the new TIGERTAILZ record ('Daggerz') and making great progress — so our plans are still on track and do not change.

"We will complete the new record, but obviously now with a different singer. An announcement as to who this will be will be made at a later date, but for now we continue as normal and all future TIGERTAILZ live shows will go ahead as planned."

Added Millis in a separate statement: "It's been an honor to have been a part of the TIGERTAILZ legacy and to have had the opportunity to be in a band that I have loved since I was a teenager, so I look back on my time fondly. To the 'TAILZ fans — thank you for your acceptance and support over the past three years. It was a pleasure to share the stage with Jay, Rob, Matt, Ace and Jason, I wish you all nothing but the very best for the future."

TIGERTAILZ's latest EP, "Knives", was released on October 15, 2013 via Scarlet Records. The CD was recorded at Red Rock Studios in South Wales.

Drummer Matt Blakout in 2013 rejoined the 'TAILZ lineup after a three-year absence.

"Punched In The Gutz" video: