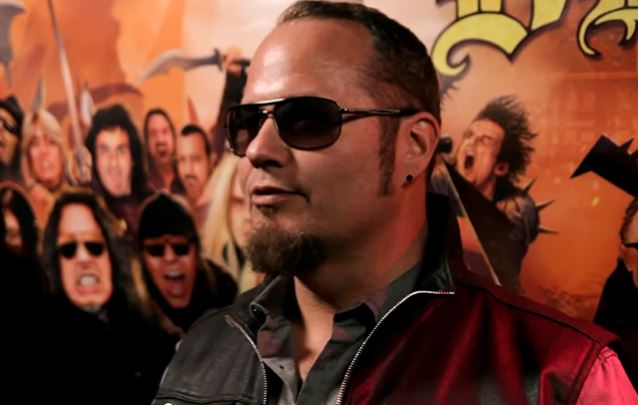 TIM 'RIPPER' OWENS On His Work With JUDAS PRIEST: Some Fans Will Never Give It A Shot

Regarding whether there is anything he would've done differently in his PRIEST days if he had the chance, Owens said: "I can't really regret anything I did, because it's allowed me to do everything I'm doing now. I probably would've never done the motorcycle thing, though. It wasn't my idea. The band said, 'Listen, it's not a Rob thing, it's a JUDAS PRIEST thing.' But it was a Rob thing. I knew he was gonna come back to the band someday, and I miss being around them and touring, because we had so much fun. But I look at my schedule, the months coming up I'm just slammed with stuff. My experience in PRIEST paved the way for all of this."