Ex-JUDAS PRIEST singer Tim "Ripper" Owens says that he never got a call from his former bandmates about them finally getting inducted into the Rock And Roll Hall Of Fame.

Owens joined PRIEST in 1996 after being discovered when the band's drummer was given a videotape of him performing with the PRIEST cover band BRITISH STEEL. JUDAS PRIEST at the time was seeking a replacement for Rob Halford, who has since rejoined the band.

Owens discussed his exclusion from PRIEST's Hall Of Fame induction in a new interview as part of Rolling Stone 's "King For A Day" series. He said: "It's a shame that [the Hall Of Fame] can't bring in members that were in the band almost 10 years and had a Grammy nomination, two studio records, two live records, a DVD. It's a shame that they can't do it. What gets me more than anything is that I haven't even gotten a call from JUDAS PRIEST on it. I did get a call that an Australian agent was using the name 'Metal Gods' [for my upcoming tour with ex-AC/DC and DIO drummer Simon Wright]. [They told me,] 'We'll let it slip this time, but in the future you can't let them use it.'

"It just would have been nice to get an e-mail or a call," Owens added. "The only e-mails I ever get are threats. It's a shame because we're friends. It's a shame that's all management is worried about, instead of, 'We should probably send a letter to Tim or a bottle of champagne to thank him for his years in the band.'"

Tim reiterated that it wasn't his idea to use the name "Metal Gods" for his upcoming Australian tour with Wright.

"This show was called 'Metal Gods' since it was me and Simon Wright," he said. "We're doing 10 DIO songs and 10 JUDAS PRIEST songs. I didn't have anything to do with the name, but the agent/promoter called it 'Metal Gods' because he looked at both of them as metal gods. It wasn't a JUDAS PRIEST tribute show. And so my attorney said, 'They need to deal with this agent. I don't know how much they want to deal with suing someone in Australia. I don't even know if the trademark is protected in Australia.' They told me I could use it this time. I was like, 'Why are you threatening me? I didn't have anything to do with this.' But so be it. They're more willing to threaten me than thank me.

"I'm getting ready to go to Latin America now. I have like 15 shows in 17 days. Every time I see a flyer for a show in Colombia or somewhere and I see a JUDAS PRIEST logo or an old photo, I'm thinking, 'Oh shit.'

"They know how to get ahold of me to tell me not to do stuff. That being said, I'm not talking bad about anyone in the band. This is what happens. I can't help that. But the time in JUDAS PRIEST was fantastic. They treated me so good." 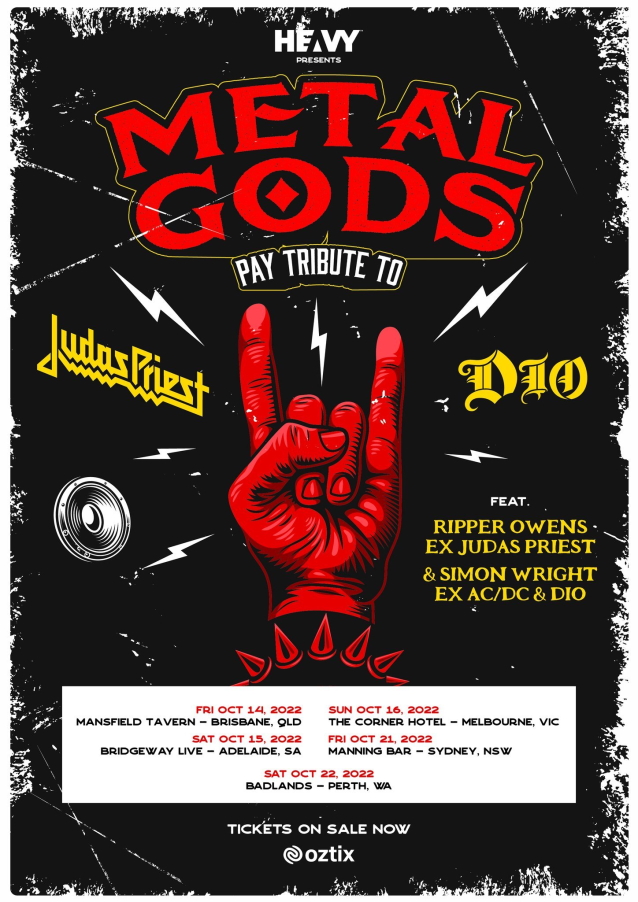