Part one of a new interview with former STRATOVARIUS and current REVOLUTION RENAISSANCE mastermind Timo Tolkki can be viewed at this location.

"New Era", the debut album from REVOLUTION RENAISSANCE, is described in a press release as "a masterpiece of melodic power metal, taking the listener straight back to the 'Visions'-era STRATOVARIUS. In fact, 'New Era' is the album that was meant to be the next STRATOVARIUS album." Guest musicians on the CD include Michael Kiske (vocals; HELLOWEEN),Tobias Sammet (vocals; EDGUY, AVANTASIA),Pasi Rantanen (vocals; THUNDERSTONE),Mirka Rantanen (drums; THUNDERSTONE) and Pasi Heikkilä (bass; 45 DEGREE WOMAN). 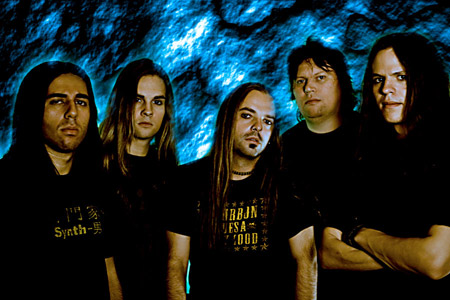