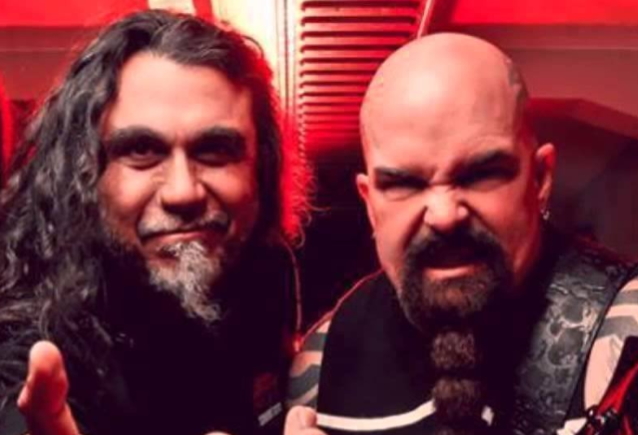 TOM ARAYA And KERRY KING 'Will Never Be SLAYER Again'

Kerry King's wife says that there will never be a SLAYER reunion.

Ayesha King shot down the possibility of her husband and Tom Araya sharing the stage ever again under the SLAYER banner while responding to a fan on Instagram.

Earlier this week, SLAYER drummer Paul Bostaph confimed that he is involved in a brand new project headed up by Kerry King. The duo has spent the last few months working on music with the hopes of recording it properly once the coronavirus pandemic has subsided.

SLAYER played the final show of its farewell tour last November at the Forum in Los Angeles. One day later, Ayesha King said that there is "not a chance in hell" that the thrash metal icons will reunite for more live appearances. 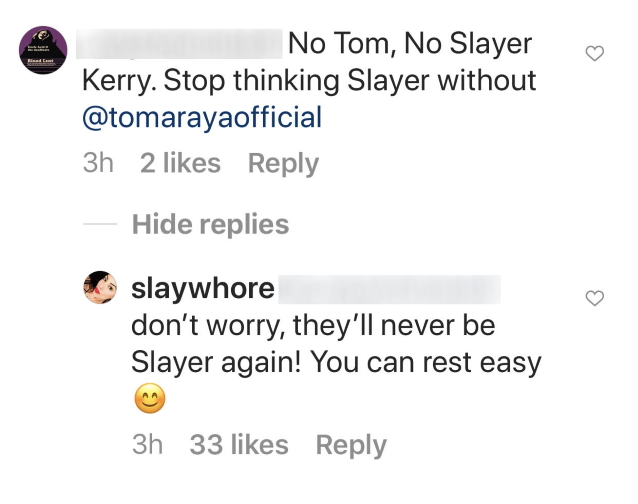 I swear when @beezle_is_evil hugs Kerry, she looks a me as if to say “I got your man hahaha!” 🤣 Swipe👉🏽