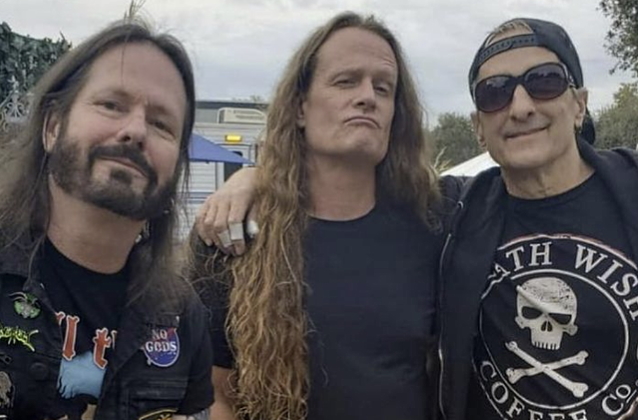 EXODUS drummer Tom Hunting rejoined his bandmates on stage last night (Thursday, October 7) at the Aftershock festival in Sacramento, California. The concert marked the 56-year-old musician's first appearance with the group since undergoing a successful total gastrectomy in July in his battle with squamous cell carcinoma (SCC) of the stomach. Video footage of the performance can be seen below.

EXODUS guitarist Gary Holt praised Hunting's return to the live stage, writing on Instagram: "@aftershockfestival was EPIC!! The return of my man Tom Hunting, who just destroyed his drums!"