In continuation of the "Rise" tour, CINDERELLA frontman Tom Keifer and #keiferband — Savannah Keifer, Tony Higbee, Billy Mercer, Kendra Chantelle, Jarred Pope, Kory Myers — will bring their high-energy rock show overseas for a few weeks of headlining concerts and festival appearances starting July 17, 2020 in Buckley, England. Fans can expect to hear songs from both of his solo albums, along with all of the CINDERELLA classics.

Produced by Tom, Savannah and Kyle O'Connor, "Rise" scales renewed sonic heights. From the tasty slide work that stamps "Touching The Divine", the nontraditionally arranged, heavy, dark jam of "Untitled", the breakneck thrust of "All Amped Up" to the tender coda of "You Believe In Me", "Rise" signifies the ongoing evolution of the CINDERELLA frontman as a person, songwriter, and bandleader. It's the aural portrait of an artist who, to borrow a phrase, is still climbing 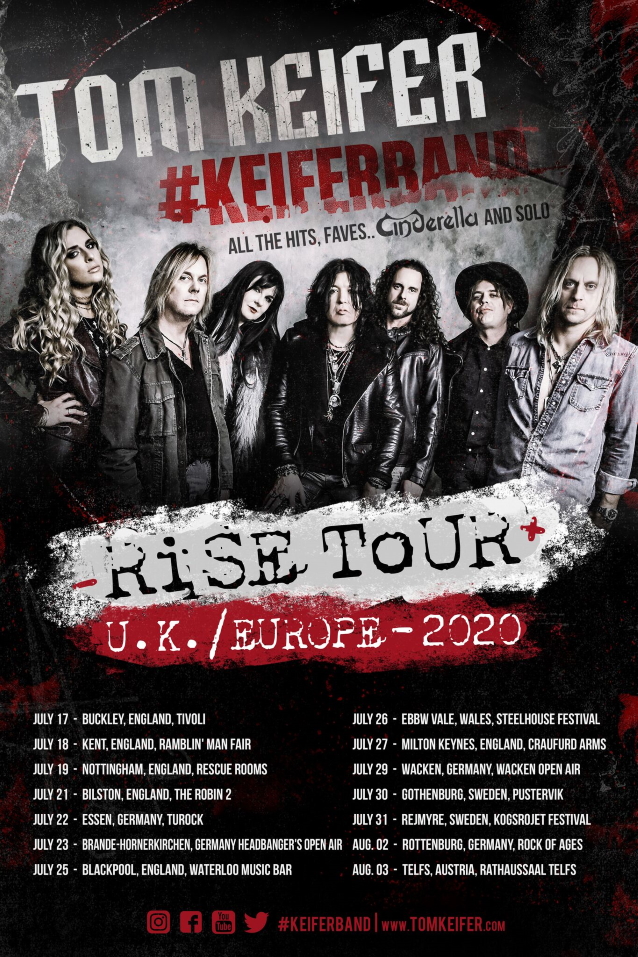