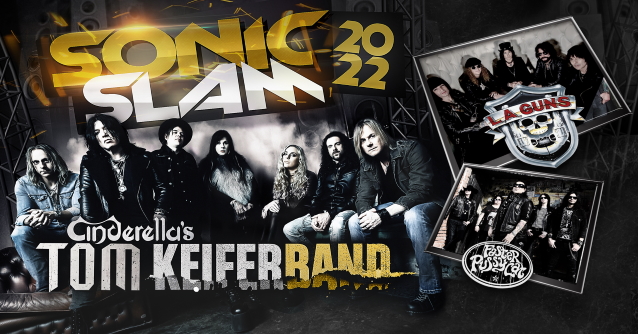 Rock fans rejoice! It's been far too quiet the past couple of years, and it's finally time for the return of a tour that cranks it to the max! "Sonic Slam" with Tom Keifer, L.A. GUNS and FASTER PUSSYCAT will head out on the road together starting June 1, 2022. The official itinerary is available at TomKeifer.com, with more dates to come.

Keifer says: "#keiferband is amped for the 'Sonic Slam' 2022 tour with our friends L.A. GUNS and FASTER PUSSYCAT! Get ready for a 100% live, raucous, loud & slammin' rock show. Looking forward to seeing everyone in 2022."

L.A. GUNS' Tracii Guns agrees: "I'm excited L.A. GUNS will be heading out on the road with Tom Keifer. We are really looking forward to touring again."

FASTER PUSSYCAT's Taime Downe adds: "FASTER PUSSYCAT has toured with Tom's band and L.A. GUNS before, but never all of us together. The shows were always amazing, and you can expect the same this summer. There's going to be three decades of friendship and great music all under one roof, 'Sonic Slam' is going to be a blast!"

Keifer's story begins as the singer-songwriter, guitarist and front man of hard rock heavyweights CINDERELLA. His signature voice, guitar and bluesy, no-B.S. arena-shaking songwriting, played an integral role in moving records to the tune of 15 million worldwide. Tom Keifer is enjoying continued success recording and touring with #keiferband, releasing two critically acclaimed solo albums, "The Way Life Goes" and "Rise". #keiferband — Tom Keifer, Savannah Keifer, Tony Higbee, Billy Mercer, Kendra Chantelle, Jarred Pope and Kory Myers — are fired up to get back on tour with their high energy, leave it all on the stage rock show that combines all the classic, chart-topping hits of CINDERELLA with new faves from #keiferband's solo releases.

The latest #keiferband studio album, "Rise", released September 13, 2019 on Cleopatra Records, features the rousing, rollicking rock singles "The Death Of Me" and "Hype". Both singles landed in the Billboard Mainstream Rock Top 40. Keifer's deep-seated roots shine through to the very core on "Rise", something that was embedded at the very heart of his music created during the multiplatinum CINDERELLA days.

L.A. GUNS was formed in 1983 and have sold over six million records, including 1988's L.A. GUNS and 1990's "Cocked And Loaded", both of which were certified gold. "Cocked And Loaded" contained the hit single "The Ballad Of Jayne" that went to #33 on Billboard's Hot 100 and #25 on the Mainstream Rock charts. From the mid-'90s to the mid 2000's, L.A. GUNS continued to tour and release new music. Following their successful performance at SiriusXM's Hair Nation festival in September 2016, L.A. GUNS went into the studio to record the critically acclaimed "The Missing Peace", which was the highest selling release for Frontiers Music Srl in 2017. Their 12th album, "The Devil You Know", was released in 2019 to the same critical acclaim. November 2021 brought the release of their latest album, "Checkered Past". Since reuniting, Tracii and Phil continue to tour around the world with L.A. GUNS, which currently includes Shane Fitzgibbon (drums),Johnny Martin (bass) and Ace Von Johnson (guitar).

FASTER PUSSYCAT rose from the depths of the mid-'80s Hollywood rock scene, taking the Sunset Strip by storm with a sound that wasn't glam and wasn't punk, but blistered somewhere in between. With an attitude and swagger all its own, their self-titled debut featured the instant classics "Babylon", "Bathroom Wall", "Cathouse" and "Don't Change That Song", and its follow-up, "Wake Me When It's Over", climbed even higher with the radio hit "House Of Pain", "Poison Ivy" and "Where There's A Whip There's A Way". Despite their successes, FASTER defied the mainstream mold and always followed frontman Taime Downe's underground sensibilities. The gold and platinum records are nice, but Taime considers his greatest accomplishment to be longevity. "The only number that really matters to me is the number 35," he says. "Three and half decades later, FASTER PUSSYCAT are still rocking, and it feels as fresh as it did in 1986." Look no further than their 2021 releases "Nola" and the Johnny Thunders cover "Pirate Love" — FASTER PUSSYCAT are as virile and tenacious as ever… and Taime, bassist Danny Nordahl, drummer Chad Stewart, and guitarists Sam "Bam" Koltun and Ronnie Simmons wouldn't have it any other way. 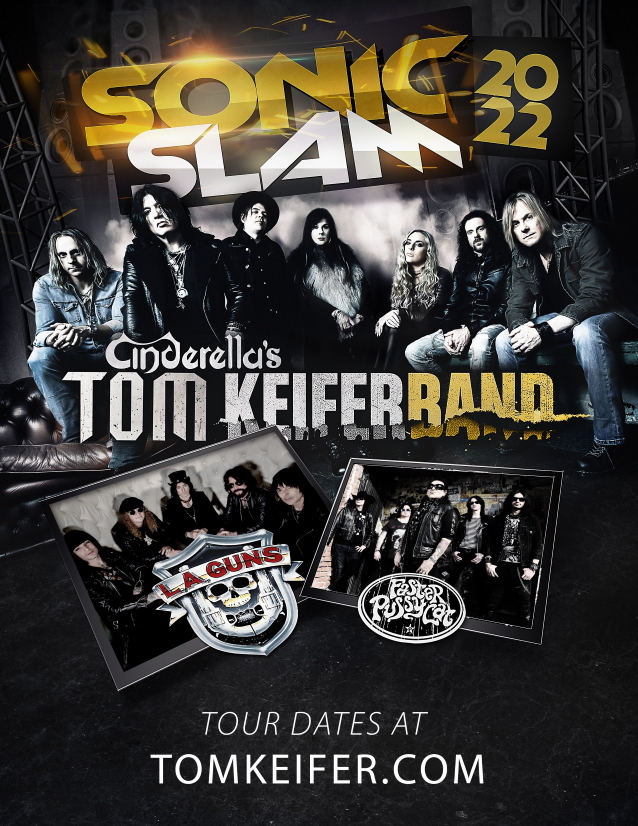