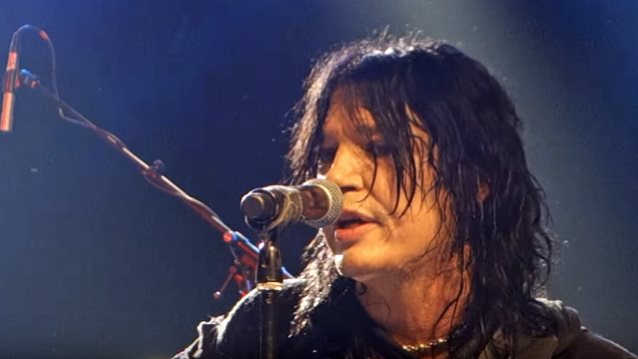 Tom Keifer was forced to cancel his concert Saturday night (October 14) due to a medical emergency.

The CINDERELLA frontman was scheduled to perform at Jergel's in Warrendale, Pennsylvania when he was reportedly taken ill.

The promoters of Saturday's show, Drusky Entertainment, released a statement earlier tonight saying that Tom "was unable to perform tonight after being rushed to the hospital right before he was scheduled to perform tonight due to a medical emergency."

They added: "PLEASE hang on to your tickets as we are looking to reschedule the date ASAP following the speedy recovery of Keifer."

A person who apparently attended Saturday's concert tweeted that Tom was seen holding his chest and saying that he didn't feel well.

Keifer's publicist, Amanda Cagan of ABC Public Relations, told BLABBERMOUTH.NET that Tom "was transported to a local hospital where he is stable, and additional information will be released as soon as it's available."

Tom is on the road promoting an expanded compilation of his critically acclaimed solo debut album, "The Way Life Goes", which will be made available on October 20 via Cleopatra Records. 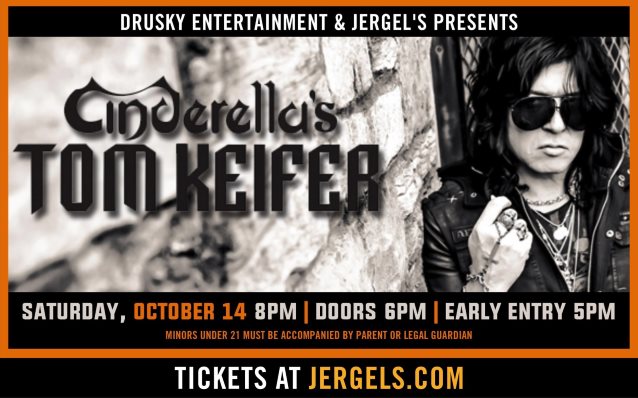