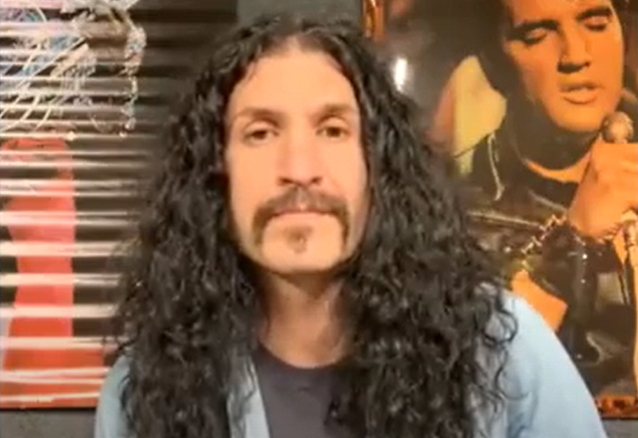 In a new interview with Jason Saulnier, Tommy Clufetos was asked if he ever finds himself looking back on the fact that he played drums for BLACK SABBATH on the legendary heavy metal band's final tour. "I always feel blessed that I was lucky, I was honored to play with those guys 'cause they're a great musicians," he said (as transcribed by BLABBERMOUTH.NET). "But I don't look at it as — I was never a member. Once a gig's over, a gig's over. So I don't really live in the past concerning that; I always have to plow forward — as does everybody. I can't look back. I can appreciate it — that's not saying I don't appreciate it — but I'm also not gonna dwell on I played with BLACK SABBATH one time, because then you're living in the past. I've got many more years to move forward to continue my career and pay my bills. It doesn't mean that I don't love what I do, but it is my job, and it's my craft, and it's an ongoing thing to me. So that was that gig, and that ended, and now it's, what do you do next? It's always that."

He continued: "Every tour ends; every band ends eventually… To me, it's work. To, that works to me. And I'm working to be better, and I'm working to get better. Hopefully I'm a better drummer than [I was] then. And it's always been the process; I'm always chipping away at the stone. And my drums are right there. And after I get done with these interviews, I will go right there and play and see what else comes out of me going right there and playing. 'Cause everything has come out of me sitting at the drums trying to be the best that I can be."

Clufetos did not play on the SABBATH reunion album, "13", a role that was filled by RAGE AGAINST THE MACHINE drummer Brad Wilk. Ozzy Osbourne told The Pulse Of Radio at the time that Clufetos was gong to play on the record until producer Rick Rubin stepped in.

Although original BLACK SABBATH drummer Bill Ward was initially announced as part of the reunion in late 2011, he dropped out within a couple of months, saying he was offered an "unsignable" contract.

The members of SABBATH were reportedly concerned that Ward's health would not hold up on the road and allegedly asked him to accept the use of a second drummer on tour, which he refused.

Clufetos's new band TOMMY'S ROCKTRIP, where he offers his take on the rock 'n roll influences that made him one of the most sought-after drummers in the current hard rock scene, released its debut album, "Beat Up By Rock 'N' Roll", on May 7 via Frontiers Music Srl. Eric Dover, known for singing and playing guitar with JELLYFISH, SLASH'S SNAKEPIT and Alice Cooper, handles lead vocals on the LP (though Tommy grabs the mic for three tracks). Eliot Lorengo (bass),Hank Schneekluth (guitar) and Nao Nakashima (guitar) round out the supporting cast.