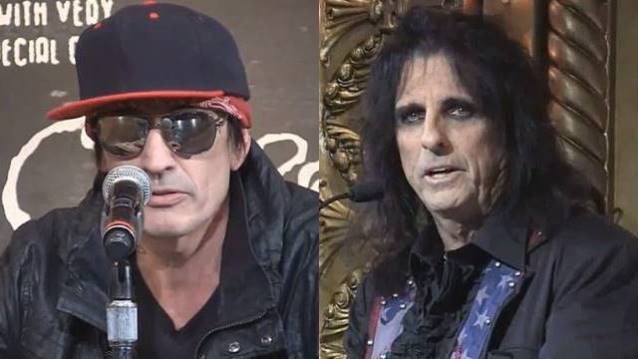 On January 29, MÖTLEY CRÜE drummer Tommy Lee and rock legend Alice Cooper were interviewed on the "Lamont And Tonelli Show", which airs on the Bay Area rock station 107.7 The Bone. You can listen to the chat in the YouTube clip below.