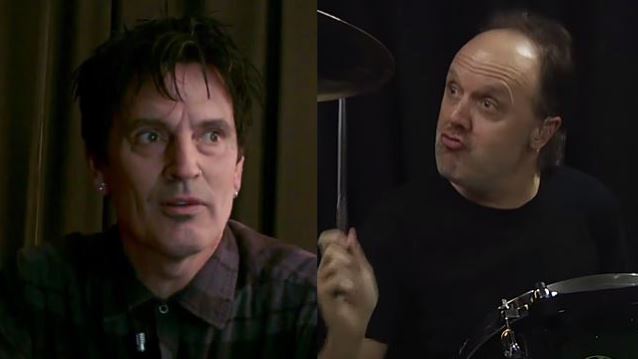 MÖTLEY CRÜE drummer Tommy Lee sent out a tweet over the weekend poking fun of Lars Ulrich's notorious inability to keep time during METALLICA's live performances. The tweet in question, which can be seen below, was a meme of the "Straight Outta Compton" film's mocked-up title logo with the space originally occupied by "Compton" replaced with "Tempo" and a photo backdrop of Lars playing the drums.

Just a few hours before Tommy sent out his tweet, METALLICA and MÖTLEY CRÜE shared the stage at the Rock In Rio festival in Rio De Janeiro, Brazil.

The feud between MÖTLEY CRÜE and METALLICA stems back to an incident nearly two decades ago when Ulrich accused CRÜE of performing to a tape at the American Music Awards in January 1997 (which, by all accounts, they did). After learning of Ulrich's allegations, MÖTLEY CRÜE bassist Nikki Sixx posted an "open letter" to the METALLICA drummer on an American Online message board, writing: "Dear, Sweet, Fat, Balding, Larz (love the make-up, babe!) Taking your ever-moronic soapbox position on a subject that's NONE of your fucking business has made you out to be an asshole as usual. Considering that me and Tommy know that your live tapes have been re-recorded. And ALL your instruments were repaired in Pro Tools (and had that balls to lie to your fans an call it a 'live' album)... People in glass houses should NOT throw rocks!! Considering your bullshit to the press, we feel it's only fair to return the punch!!...Your [sic] such a poseur...Thanks for releasing that 'load' of shit CD of yours...you made more room for us!!"

In a 2012 interview with DRUM! magazine, Ulrich stated about his playing ability: "I usually feel like I've regressed. [laughs] I'm like, 'Why can't I do that anymore?'"

He continued: "I can't say that I necessarily sit down to practice, like, 'I'm going to play and practice so I can get better.' What happens is that I just sit down and kind of play to just more stay in shape." 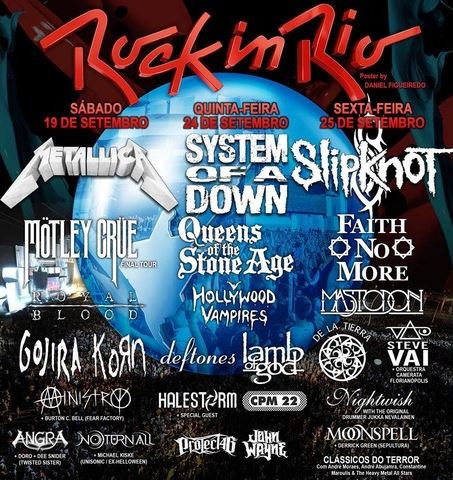