Tickets for a VIP ceremony in Birmingham, England when BLACK SABBATH will be honored with a "heavy metal" bench have sold out within 36 hours of going on sale. Fans reacted quickly after news that the specially designed bench is to be presented to the band on Saturday, February 9 at a commemorative event organized by Westside Business Improvement District.

Tony Iommi, the lead guitarist and one of the four founding members of BLACK SABBATH, has confirmed that he will be at the event to personally accept the bench on behalf of the band. Speaking in an exclusive Westside BID video on social media, Iommi said: "I'm going to be there on 9 February and it's going to be a great moment. I'm really looking forward to receiving this massive tribute to the band."

Mike Olley, manager of Westside BID, said: "We knew this event was going to be popular, but we were astonished at how quickly these tickets were snapped up. The 350 tickets went on sale online at 4:30 p.m. last Monday priced at £12 each and they were sold out by the early hours of last Tuesday morning."

Olley said that Westside BID had invited all founding members of BLACK SABBATH to be there and was delighted that Iommi had already confirmed he would be appearing.

Birmingham's renowned comedian Jasper Carrott, chair of the city's Walk Of Stars project, will host the event, which will include a video about BLACK SABBATH's history, an official presentation of the bench, a live interview with Iommi and unique photo opportunities.

All fans attending will receive a free commemorative pint glass and a free pint of specially brewed Black Sabbath Ale at the event, scheduled to close at 1 p.m.

The handmade, stainless steel bench is currently being forged in the city by Gateway Steel Fabrications and will feature images of Ozzy Osbourne, Tony Iommi, Geezer Butler and Bill Ward with the words "Geezer. Ozzy. Tony. Bill. Made in Birmingham 1968" etched on it.

BLACK SABBATH super-fan Mohammed Osama came up with the idea and has worked closely with Westside BID on the project which will eventually see the bench placed on a canal bridge, renamed Black Sabbath Bridge, on Birmingham's Broad Street.

Osama said: "With the sell-out event and Tony Iommi's confirmed appearance, and the final touches now being applied to the bench, everything is dropping into place for what will be a brilliant experience for the lucky 350 BLACK SABBATH fans."

Olley added: "We'll be videoing the event and plan to share that footage with all BLACK SABBATH fans via social media channels."

The event will also see BLACK SABBATH drummer Bill Ward awarded with his own star on the city's Walk Of Stars, which honors famous people from Birmingham.

This star, along with others already awarded to the other three band members and a fifth star to the band itself, will later be realigned in front of the heavy metal bench on Black Sabbath Bridge in the shape of a cross. 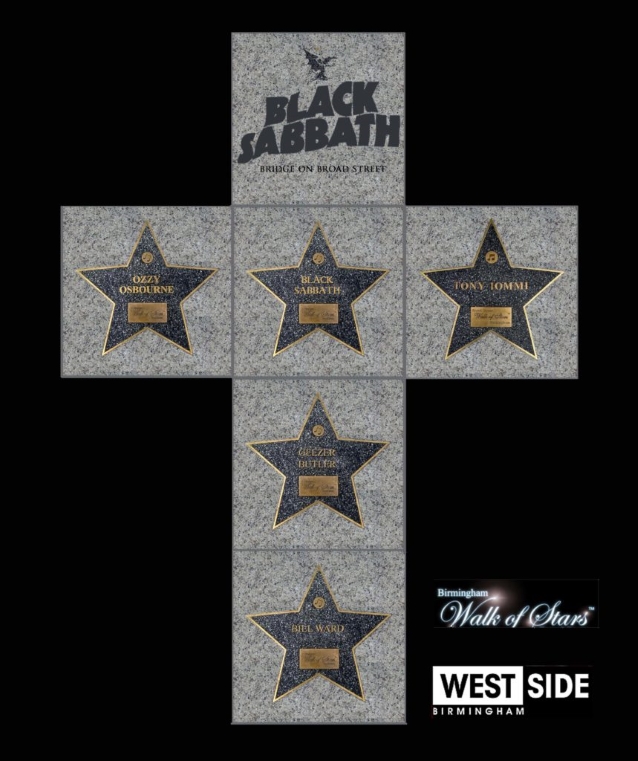 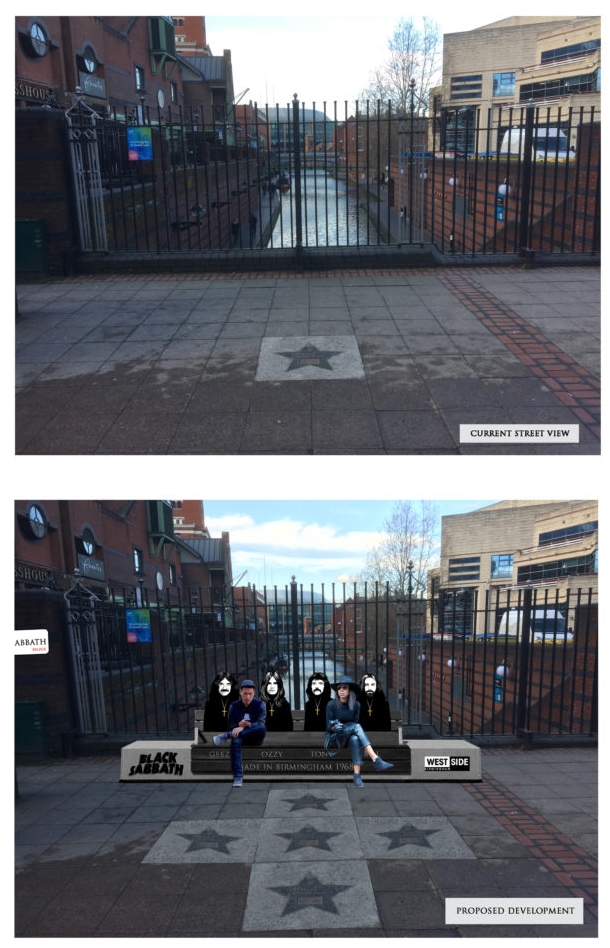 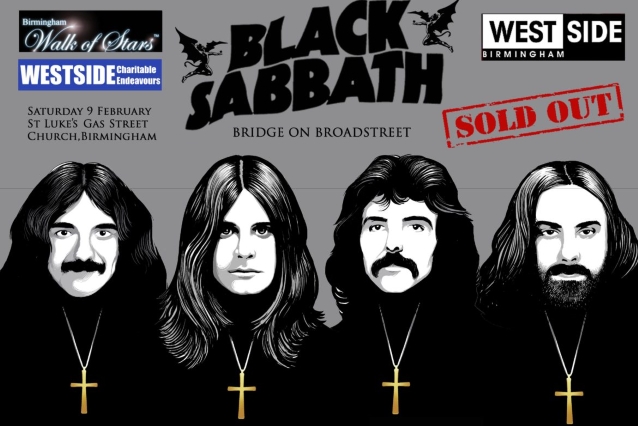