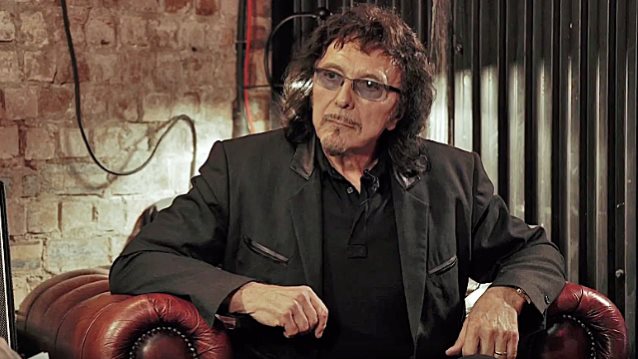 BLACK SABBATH guitarist Tony Iommi says that his cancer is still in remission six years after he was diagnosed with the early stages of lymphoma.

Nine months after BLACK SABBATH brought its farewell tour to an end in the band's hometown of Birmingham, England, Iommi told Guitar World that "healthwise, I seem to be all right for the moment. It's still in remission," he said. "I continue to have my regular checkup every six weeks, and it's a bit easier for me now that I'm not touring. The doctors were concerned about all the flying I was doing, because it isn't good for the blood. But I'm on top of it, and I'm eating the right things… although sometimes I still eat the wrong things. [Laughs]"

Iommi originally revealed that his cancer was in remission during an August 2016 plaque unveiling at Spire Parkway Hospital's Specialist Care Centre in Solihull, England, where he had been receiving treatment for lymphoma.

Earlier this month, a documentary focusing on SABBATH's last-ever concert, "The End", was made available in home video and audio packages, featuring footage of the entire historic show.

Tony, who oversaw the mixing of the DVD, told Guitar World about his future plans: "I'm not sure. I'm still involved with SABBATH to some degree, because we've been very involved with the film and how it sounds. I'm still going to write, and I'm quite excited about the future because it's a mystery."

Iommi said in 2016 interview that "the lowest moment" for him was being diagnosed. He explained: "You automatically wind yourself up saying, 'That's it then,' but that is not always the case. When they tell you, you think, 'Oh God.' That was a low time. I have had a few low times in my life like everybody has, but that was one that stuck in the head."

SABBATH singer Ozzy Osbourne told The Pulse Of Radio in 2014 that Iommi never let his condition slow him down: "My hat goes off to him 'cause he really is Iron Man. I mean, that chemotherapy knocks you sideways, you know. I mean, when my wife had cancer a few years back, she was having three chemo things a month and it would knock the life out of — literally every time she'd have a treatment, she'd have a seizure. It's scary stuff. But he came down, plugged in and carried on. He's my hero, I swear to God he is."