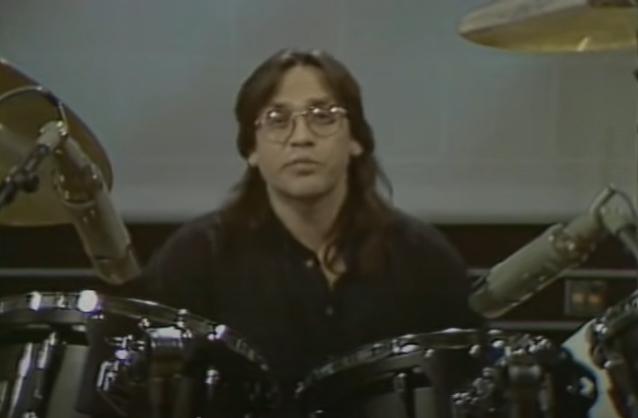 Primary Wave Music has finalized a deal to acquire the music publishing catalog of Jeff Porcaro — drummer and one of the songwriters for the iconic American rock band TOTO — for approximately $30 million. The deal also encompasses the Grammy winner's master royalties on all albums he performed on with the band. Included in the acquisition are Porcaro's share of master royalties for the band's greatest hits such as their debut single "Hold The Line", as well as "I'll Be Over You" and the award-winning single "Rosanna". Released in 1982, "Rosanna" reached No. 2 on the Billboard Hot 100, staying there for five weeks. In 1983, "Rosanna" won the Grammy Award for "Record Of The Year".

TOTO's most well-known hit "Africa" is also included in this exciting acquisition. Released in October 1982 and co-written by Jeff and David Paich, "Africa" was the third single off the band's multi-platinum and Grammy-winning album "Toto IV". The single shot to the top of the Billboard Hot 100 chart, making it their only Billboard No. 1. "Africa" also went to No. 1 in Canada and reached the Top 10 in the United Kingdom, Ireland, New Zealand, and Switzerland. Years later the song continues to thrive. In June of 2021, "Africa" was inducted into the Spotify Billionaire's Club reflecting it has been streamed over a billion times on Spotify alone. The song has been sampled a number of times over the years by the likes of Nas, Ja Rule and Wiz Khalifa. In 2017, a Twitter campaign encouraged the rock band WEEZER to cover "Africa". The band dropped their recording in early 2018 which became their biggest hit in years and has since been certified six times platinum.

"As the home of legends, we feel Primary Wave is the perfect partner to continue to protect Jeff's musical legacy," said Susan Porcaro.

"Being one of the millions of fans to scream the chorus of 'Africa' at the top of my lungs on several occasions, this is certainly another thrilling moment in Primary Wave history," says Adam Lowenberg, chief marketing officer at Primary Wave Music. He goes on: "Quite simply, Jeff Porcaro belongs on the Mount Rushmore of great American drummers. We are honored to work with Jeff's wife, Susan, and their sons, to ensure that his legacy is recognized by generations to come."

Born in 1954, Jeff Porcaro was an American drummer, songwriter, and record producer. While he is best known for his work with the rock band TOTO, he is considered to be one of the most recorded session musicians of all time. Over the course of his career, he played on thousands of songs for hundreds of artists, including SONNY & CHER, Miles Davis, STEELY DAN, George Benson, Eric Clapton, Barbra Streisand, Joe Cocker, Bruce Springsteen, Frankie Valli, and Elton John. Jeff also toured with STEELY DAN and BOZ SCAGGS before co-founding TOTO with his childhood friend David Paich. As a band, they released 14 studio albums and has sold over 40 million albums worldwide. Historically, few ensembles in the history of recorded music have individually or collectively had a larger imprint on pop culture than the members of TOTO. With thousands of credits and accolades to their names, the band remains the benchmark by which many artists base their sound and production. Their repertoire continues to be current via high profile usage on both broadcast television and in films. They are one of the few 1970s bands that have endured changing trends and styles to enjoy a career with a multi-generational fan base.