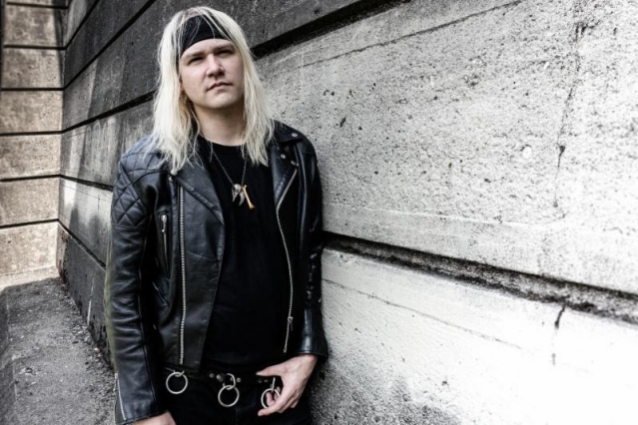 The band Terrorizer called "a whirlwind of booze, denim jackets and riffs" began kicking out the corrosive jams in basements and bedrooms some 20 years ago, building a punishing legacy of mutant thrash and filthy street punk that's outlasted the heydays of the genres that spawned them. Founder Joel Grind, the headband-wearing headbanger whose dedication to the one-man-band ethos gives the late Quorthon a run for his money, melting down the greatest punk metal crossover riff collection imaginable into nuclear ooze. With each successive release, Grind repurposes the most visceral strengths of speed, thrash, and punk through his own unique prism, making for new (and certainly not "nü") metal anthems that consistently reignite a circle-pitting feeding frenzy in the scene.

A dystopian technological takeover drives the album thematically, but the passionately delivered music is vintage TOXIC HOLOCAUST, taking things all the way back to the band's early origins.

"When I started the band in 1999, I never imagined I'd still be doing it in 2019," Grind explains. "It's been a long time coming but the new album is finally ready and it's sort of a culmination of my past 20 years of doing this band. Most notably, I decided to go back to my roots and record this entire album by myself and play all of the instruments like I did in the early days. It was a lot of fun and nostalgic and at the same time exciting to be able to apply everything I've learned over the years."

"Primal Future: 2019" was recorded, mixed, and mastered by Grind with artwork by Steve Crisp. In advance of its release, a lyric video for opening bruiser, "Chemical Warlords", has been unveiled.

"'Chemical Warlords' opens the album and sets the tone for the rest of the record," says Grind. "My vision for this album was sort of a cyberpunk dystopian future. Enjoy!"

TOXIC HOLOCAUST will join GWAR's massive North American "Use Your Collusion" tour next month. The journey begins September 16 in Grand Rapids, Michigan and runs through November 5 in Indianapolis, Indiana. Additional support will be provided by SACRED REICH and AGAINST THE GRAIN. 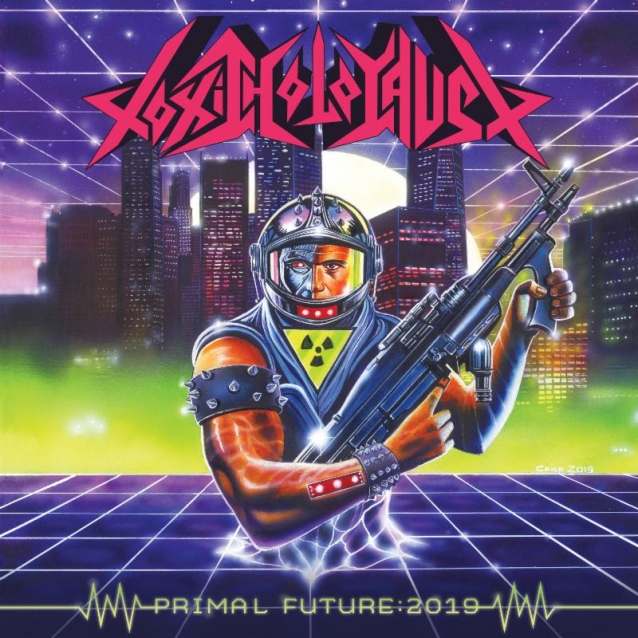