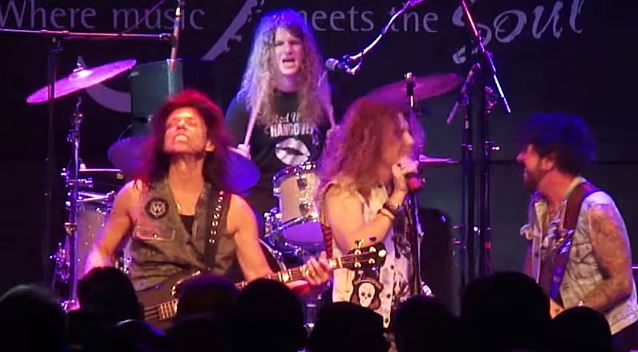 GUNZO made its live debut on February 27 at The Canyon club in Agoura Hills, California. Video footage of the performance can be seen below (courtesy of California Rock News).

In an interview with The Music Room, Gibbs addressed the rumors of Guns' departure from DEVIL CITY ANGELS. He said: "Tracii is a musical guy and he doesn't want to sit home at all and not play. Well, this recording process [for DEVIL CITY ANGELS' debut album] takes time. We've been touring a little bit in between, but we're just really trying to buckle down. If I fly home and Tracii does a gig or something, we support him. It's not that he's leaving the band. It's Tracii going out as Tracii. He never left the band. He's always been in the band. He's been a very instrumental piece in the band. And he'll most likely always be in the band, I'm hoping, until he says he doesn't want it anymore. We love the guy and that's what's so funny. Rikki and I are sitting there scratching our heads saying, just because he's taking a gig here or taking a quick tour doesn't mean he quit the ANGELS. It's junk. Don't worry about it."