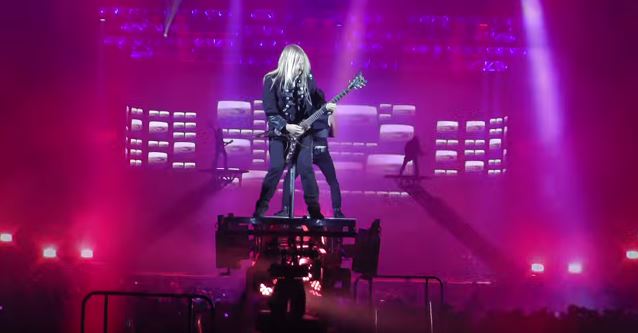 "Letters From The Labyrinth", the new album from TRANS-SIBERIAN ORCHESTRA, the collaboration between longtime SAVATAGE singer/songwriter Jon Oliva and producer Paul O'Neill, entered The Billboard 200 chart at position No. 7 with first-week sales of just over 45,000 units.

Since its formation, TRANS-SIBERIAN ORCHESTRA has been a touring juggernaut, leaving crowds of all ages speechless after being introduced to the wonder of the group's music and on-stage spectacle year after year. To date, TRANS-SIBERIAN ORCHESTRA has played an excess of 1,600 shows for more than 12 million fans, cementing itself as one of the world's biggest rock arena acts.

"Letters From The Labyrinth" is yet another endeavor in creating something different. TRANS-SIBERIAN ORCHESTRA founder Paul O'Neill's inspiration for this album came out of his love for history. As collector of antiquities and historical artifacts, he explains, "Over the years I have been able to read and hold in my hands letters from people that have inspired me and left a mark on civilization. People like Mark Twain, Ben Franklin, Thomas Edison, Orville Wright — when I actually held a letter in my hand that President Lincoln wrote, it brought me into his world in a way I could never have imagined."

Released on Nocember 13 via Universal Music, "Letters From The Labyrinth" finds a conceptually provocative song cycle pushing the proverbial envelope yet again — this time with what O'Neill calls TRANS-SIBERIAN ORCHESTRA's "first hybrid album." The overall concept is based on TRANS-SIBERIAN ORCHESTRA's "Night Castle" (2009) and a dialogue between the wisdom of the past and the hopes for the future, via a correspondence between a child and an old friend of the child's grandfather.

On "Letters From The Labyrinth", TRANS-SIBERIAN ORCHESTRA deals with subjects as broad as humanity's journey through the ages ("Time & Distance"), and as specific as bullying ("Not The Same"), the fall of the Berlin Wall ("Prometheus") and the world banking controversies ("Not Dead Yet").

"I love making music and I love making it relevant," O'Neill says. "I always believed the arts have a way of inspiring and uniting people. We try to maintain that tradition on the albums and all the other projects we do. I think that when everything else is falling apart, people look to the arts to help make sense of things and put the events they are experiencing into some kind of context." 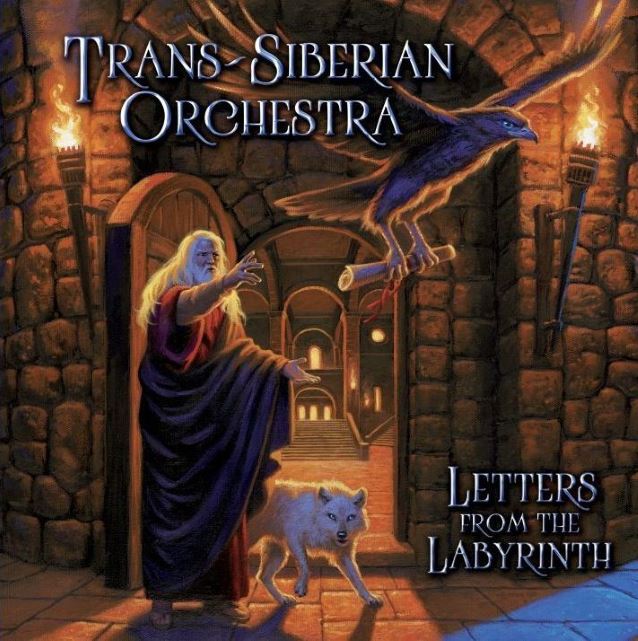