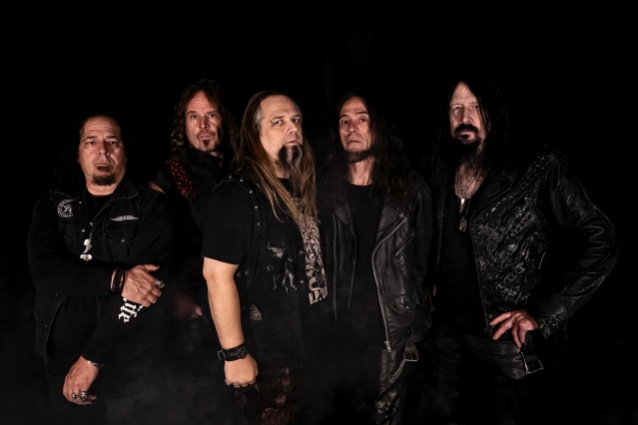 TRAUMA, best known as the band that Cliff Burton played with prior to hooking up with METALLICA, has completed work on its new album, "Awakening", due later this year. It marks the first TRAUMA LP to feature new singer Brian Allen, who replaced the group's original vocalist Donny Hillier. Donny died in September 2020 following a brief battle with an unspecified illness.

"Awakening" was produced by Juan Urteaga, who has previously worked with TESTAMENT and MACHINE HEAD, and includes such songs as "Death Of The Angels", "Meat", "Death Machine" and "Walk Away".

According to the band, fans will not be disappointed with what they will hear from TRAUMA's new music.

"TRAUMA's new album along with new vocalist Brian Allen is going to melt your face off," the group states.

In other news, TRAUMA will embark on its first-ever European tour in May when they join a bill also featuring ROSS THE BOSS. The band will also appear at the Alcatraz Hard Rock & Metal Festival in Belgium in August.

"TRAUMA is delighted to be going on tour in Europe with ROSS THE BOSS," says drummer Kris Gustofson. "As this is TRAUMA's first time touring in Europe, we cannot wait to play for the fans. It has been way too long. Fans can expect to hear and see TRAUMA performing some old tracks — 'Scratch And Scream', 'From Here To Hell' — and some tracks from the new album with new vocalist Brian Allen. High-energy, bombastic songs and a true heavy metal experience is what fans will receive."

Originally formed in 1981 in San Francisco, TRAUMA was part of the same scene that gave the world such thrash notables as EXODUS, METALLICA and TESTAMENT. And the band’s original bassist was none other than the late/legendary Cliff Burton (who would later join METALLICA). 1984 saw the release of the group's debut album, "Scratch And Scream", before the band split in 1985. But in 2013, TRAUMA reunited and has been back in business ever since.

TRAUMA's current lineup consists of Allen, Kris Gustofson (drums),Greg Christian (bass),Joe Fraulob (guitar) and Steve Robello (guitar). Fraulob is a former member of DANZIG; Robello plays guitar in DUBLIN DEATH PATROL (the Bay Area supergroup formed by the singers of EXODUS and TESTAMENT),and was formerly with the group HEIST; Christian was previously a member of TESTAMENT. 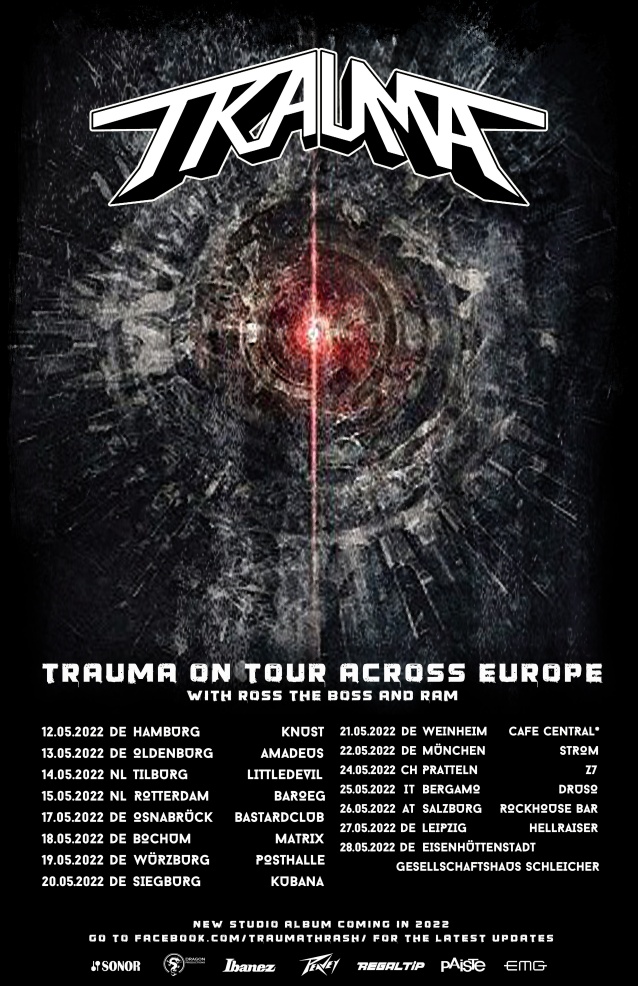