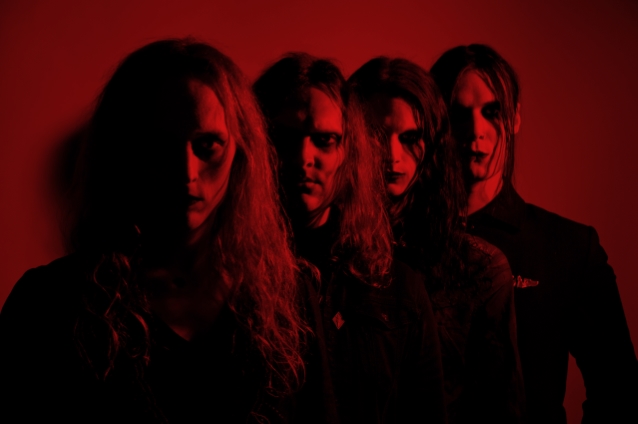 TRIBULATION Wins Swedish GRAMMIS Award For 'Down Below'

TRIBULATION was honored in the "Best Hard Rock/Metal" category at the Swedish Grammis awards (Swedish Grammy equivalent),which was held Thursday night (February 7) at Annexet in Stockholm.

The bands were nominated for their most recent releases, all of which came out during 2018.

"Down Below" was released in January 2018 via Century Media Records. The follow-up to the critically acclaimed 2015 release "The Children Of The Night" features artwork crafted by TRIBULATION guitarist Jonathan Hultén.

Guitarist Adam Zaars told Distorted Sound about the making of "Down Below": "In TRIBULATION, the writing of the songs has primarily been done by me and Jonathan, and that was the case this time as well. I think we both 'always' write music in a way; it doesn't really stop at any time even though it fluctuates. What I mean by this is that the seeds of the songs, be it riffs or melodies or just ideas of some kind or another, are being collected by us at any time. The seeds for these songs mostly come from this past touring cycle, and a couple of Jonathan's songs already had a lot of meat on their bones over a year ago. The intense part of the composing, the puzzling together of the bits and pieces, started in the early months of [2017], specifically in April for me. Jonathan worked mostly on his own, making demos at home and sending them to us for feedback, and then he would change something or other because of that and we would get to hear it again, and so on. I have mostly written the music on my own in the past as well, but because of various things, I wanted the help of Johannes [Andersson, vocals/bass] and Oscar [Leander, drums] this time. I personally suck when it comes to musical software of any kind and Oscar could help me with that, and the fact that they are both drummers really helped that part as well. It was also nice to get their personal input right away! We actually intentionally left a lot of the songs unfinished in order to have Martin Ehrencrona's, our producer, take on it as well, which proved to be very valuable. We started the recording of the album in the beginning of August in Soundtrade Studios for the drums and went from there to Martin's Studio Cobra and stayed there till October. We wanted to go there because we had been there for a few days for the recording of all the 'additional instruments' on 'The Children Of The Night' and really liked it there. It's kind of being like a kid in a toy store because of all the cool instruments that currently call that studio their home."

TRIBULATION will team up with GAAHLS WYRD for a European tour later this month. 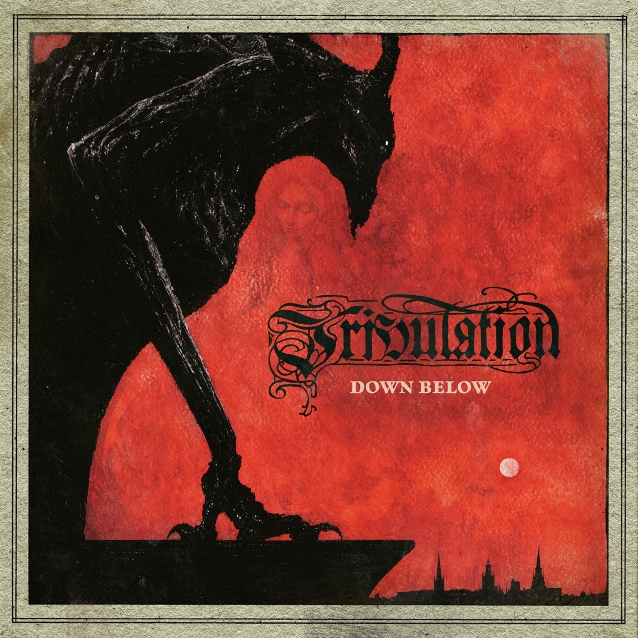