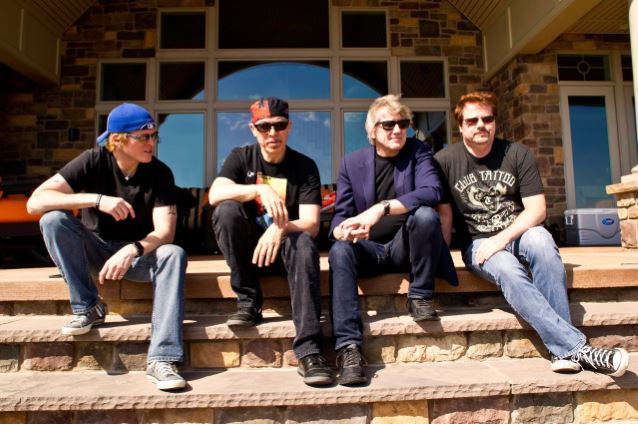 RES 9 Management, along with Mascot Label Group, has announced that Rik Emmett and his new band, RESOLUTION9, have just delivered an album of eleven brand new rockers as part of a multi-album, worldwide deal. The album, titled "RES 9", is tentatively slated to be released through Mascot Label Group in November.

The members of RESOLUTION9 are from Rik's touring quartet: Dave Dunlop on guitar, Steve Skingley on bass, and Paul DeLong on drums, with Dave and Steve co-producing the project. Much of the album was recorded and mixed at Mississauga's famed MetalWorks Studios, where Rik enjoyed a profoundly comfortable re-connectivity to his own roots. In fact, the other two founding members of TRIUMPH (Gil Moore and Mike Levine, from the trio that received eighteen gold and nine platinum awards in Canada and the U.S. in the '70s and '80s) reunite with Rik as special guests on "The Grand Parade", a song that conjures 1979's "Suitcase Blues".

Canadian rock and Juno Hall Of Famer Rik Emmett says: "I'm really happy and grateful that Mascot Label Group gave our band complete freedom and trusted us to do our best.

"Some might see this as a comeback record, but I'm really proud of the vitality the band generated.

"For me, it's always about the songwriting — how the melodies and sonic landscapes capture the storytelling."

After twenty years apart, Emmett, Levine and Moore reunited for appearances at the 2008 editions of the Sweden Rock Festival and Rocklahoma. A DVD of the historic Sweden performance was made available four years later.

Emmett has said in various interviews over the years that he would welcome the chance to play TRIUMPH songs with Moore and Levine again but that those two have been reluctant to commit. "If the carrot was big enough and golden enough, I think it would make Mike and Gil, but especially Gil, do it," Emmett told the QMI Agency four years ago.

"I do like playing with the guys. It's fun. And we go out for dinners together and we're hanging out again and laughing and joking. The reunion shows, for me, was the real lovely bit of us being back as friends again, for Mike and Gil much less so. For them, they don't need the playing of the music to return to the magic of the brotherhood thing. And, honestly, when I look back on it all now, doing the Sweden thing and the Rocklahoma thing, yes, there was the money, but I think it was pretty much Gil and Mike saying, 'You know, I think this will close the circle for Rik. This will be the thing that will make Rik feel the happiest that this has all happened, and that Rik will feel like it has been done right.' And so it got done and now there's really not anything compelling them to do it."

Part of the problem, according to Emmett, is a desire on the part of Levine and Moore, the latter in particular, to embark on a TRIUMPH tour of old with big venues, tons of lasers, lights and pyro — something that most view as unrealistic for an act that hasn't been an active touring entity for three decades.

"But if you ask me, in my guts, do I still think there are one or two gigs left in us, I would say yes there is probably the likelihood that something will come along, like maybe some big charity gig, that would get the guys to say, 'Okay, we'll strap it on one more time.'" 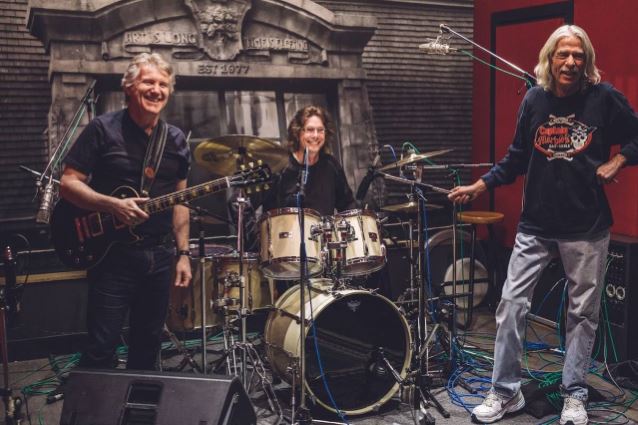