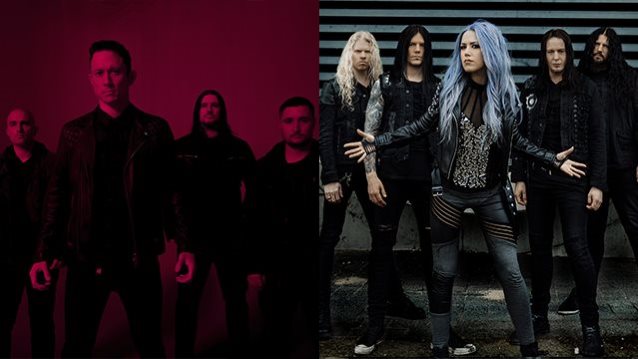 TRIVIUM and ARCH ENEMY have announced plans for a co-headlining tour across North America this fall. Featuring support from English metalcore outfit WHILE SHE SLEEPS and New Jersey deathcore act FIT FOR AN AUTOPSY, the trek will kick off on October 27 in Orlando, Florida and make its way across the U.S. and Canada before finishing on December 6 in Houston, Texas.

TRIVIUM stated: "We've been joining forces with ARCH ENEMY for over a decade now. From Ozzfest 2005, through arenas across the U.K., Europe, and Australia on 'The Black Crusade'. This next chapter is going to be one for the ages: TRIVIUM, ARCH ENEMY, WHILE SHE SLEEPS and FIT FOR AN AUTOPSY!! DO NOT MISS THIS!!"

Founding ARCH ENEMY guitarist Michael Amott exclaimed: "Very much looking forward to returning to North America with this tour! We are aware that it has been long overdue and we appreciate everyone's patience while we've been creating our new 'Will To Power' album. This run will be like a family reunion with our old friends in TRIVIUM; together we'll be crushing city after city with the power of heavy metal! Good times ahead, don't miss the fun!"

A special BLABBERMOUTH.NET presale will begin on Wednesday, August 2 at 2:00 p.m. Eastern time and end on Thursday, August 3 at 10:00 p.m. local time. When prompted, type in the presale code "BBMTRIVAE" to access tickets before the general public.

TRIVIUM has released the official music video for its new song "The Sin And The Sentence". The track, which has also been made available for purchase as a digital single through online retailers, marks the band's first recording with drummer Alex Bent (BATTLECROSS, DECREPIT BIRTH),who joined TRIVIUM in late 2016.

"The Sin And The Sentence" is expected to appear on TRIVIUM's follow-up to 2015's "Silence In The Snow" album, tentatively due this fall via Roadrunner.

ARCH ENEMY's new album, "Will To Power", will be released on September 8 via Century Media Records.

Co-produced by Amott and drummer Daniel Erlandsson, "Will To Power" was mixed and mastered by longtime collaborator and friend Jens Bogren (OPETH, AT THE GATES, DIMMU BORGIR). The disc's captivating cover artwork was designed by Alex Reisfar. 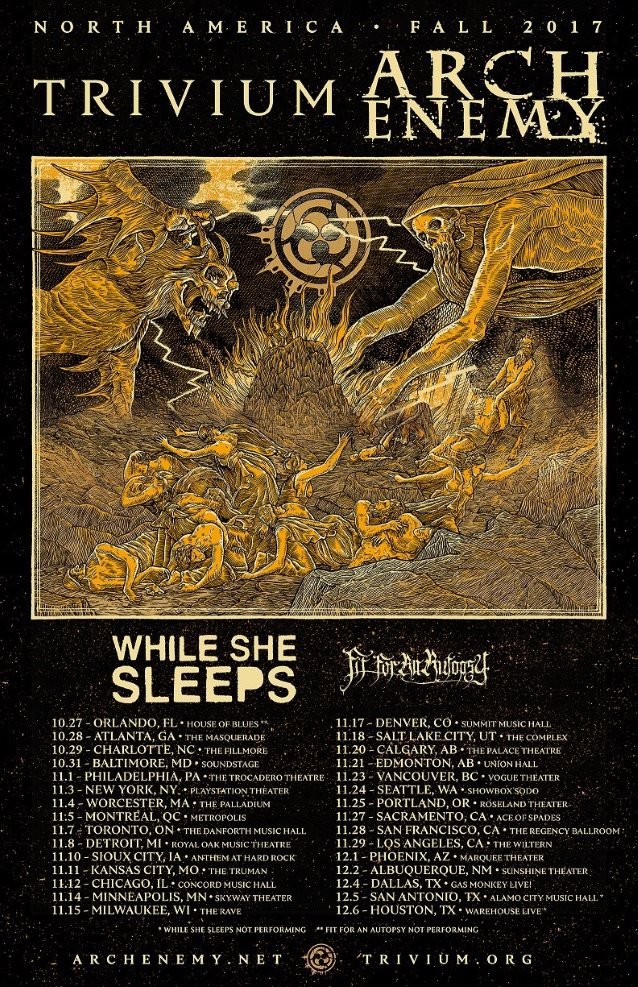