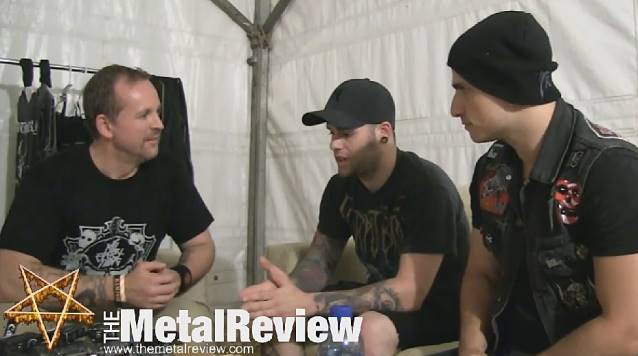 Drummer Nick Augusto and bassist Paolo Gregoletto of Florida metallers TRIVIUM were interviewed by The Metal Review's David "Devo" Oosthuizen at the 2014 edition of South Africa's RAMfest festival, which was held in both Cape Town and Johannesburg from March 6 to March 9. You can now watch the chat below.