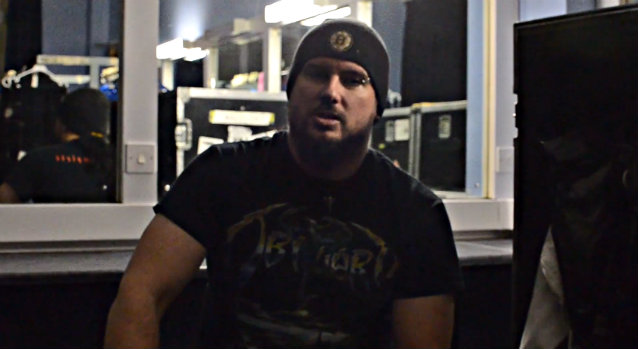 Planet Loud TV conducted an interview with with guitarist Corey Beaulieu of Florida metallers TRIVIUM in February 2014 during the band's U.K. tour with KILLSWITCH ENGAGE. You can now watch the chat below.

TRIVIUM's new album, "Vengeance Falls", made Top 10 chart debuts in Japan, Australia, Germany and Austria as well as a Top 15 debut in Canada and a Top 25 debut in the United Kingdom. This marked the acclaimed metallers second consecutive Top 15 debut in the U.S. and highest-career debuts around the globe — including a No. 2 debut in Japan.