TRIVIUM frontman/guitarist Matt Heafy has released a solo cover version of "Toss A Coin To Your Witcher", the breakout musical hit from Netflix's popular "The Witcher" series. Joining Heafy on the recording is his TRIVIUM bandmate Alex Bent (drums).

Heafy is very active on his Twitch channel, Kiichichaos, where he takes part in album playthroughs and acoustic song covers while he is off the road and awaiting the next TRIVIUM album-tour cycle. According to Forbes, Kiichichaos boasts a total viewership of 3.5 million views and a subscriber count of over five thousand.

In the past, Heafy has released covers that delve into a number of different genres and include tracks as varied as those from Justin Bieber, EARTH, WIND & FIRE and SLIPKNOT.

Tickets for the event are $9 and are available at live.trivium.org. 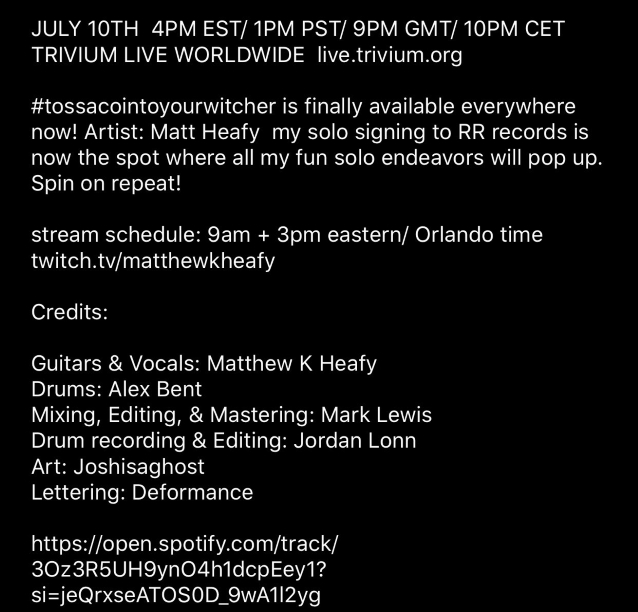