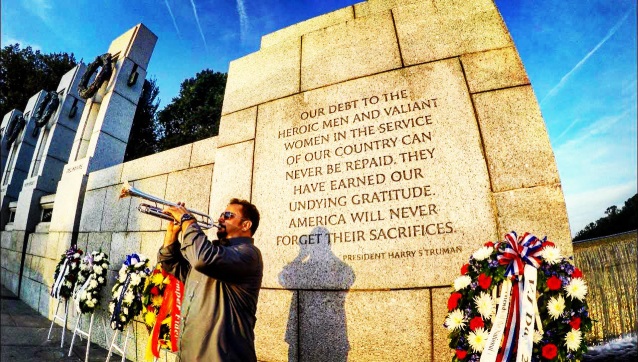 For a guy who has visited and performed on every major military base in the U.S., Mark "Gus" Scott shows no signs of losing support for America's military heroes. The TRIXTER drummer met with several military officials on his recent tour of Washington D.C. and filming of his latest video, "Ave Maria". The clip shows Mark performing amongst numerous iconic D.C. landmarks, most notably the World War II memorial.

"Ave Maria" is the first single from Mark's forthcoming holiday album, titled "Christmas Miracle" and due out on Thanksgiving. Mark also makes it a habit to perform taps at numerous cemeteries in the New York City and Phoenix, Arizona area to honor fallen heroes during Veterans Day and Memorial Day holidays.

As the wild and charismatic drummer for the internationally renowned rock band TRIXTER, Mark "Gus" Scott has sold well over three million albums worldwide, he has accumulated an extremely large press book, but most importantly, he has played in front of millions of people around the world. Other major accomplishments include three No. 1 videos on MTV (15 weeks at #1),four Top 20 AOR radio hits as well as a Top 40 album on the Billboard chart.

TRIXTER toured extensively in the United States, Canada and Japan in support of their major label releases. They have performed live in arenas with crowds up to 30,000 people, in addition to appearing live on television and radio. The tours have included such rock superstars as KISS, SCORPIONS, POISON, WARRANT, SLAUGHTER, GREAT WHITE, FIREHOUSE as well as many MTV and movie personalities. Mark attained much notoriety, largely in part to network television appearances, three No. 1 videos on MTV and hundreds of worldwide publications and periodicals.

While just a sophomore in high school, Mark received a special citation for musical excellence and was granted admission to the University of Hartford's Hartt School of Music. He attended three summers studying piano, drums, trumpet and a curriculum that included jazz, classical, chamber music, rock, music theory and composition. Mark also put his knowledge to use not only as a musician/songwriter, but also touring high schools and colleges throughout the country as a guest lecturer, teaching and promoting his drum instructional video and teaching method, "Rock Solid".

Mark's solo EP, "Christmas Miracle", is scheduled for release on Thanksgiving. All proceeds will be donated to Hope 4 Kids International. 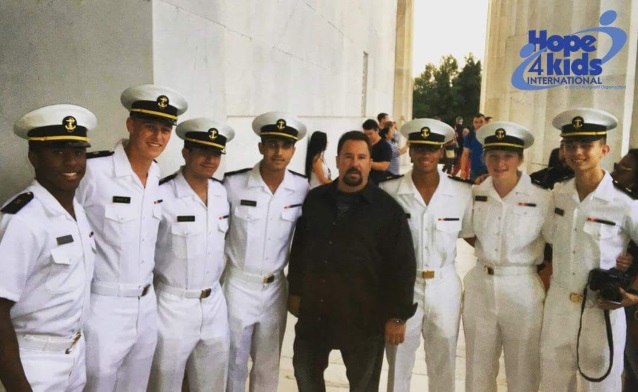