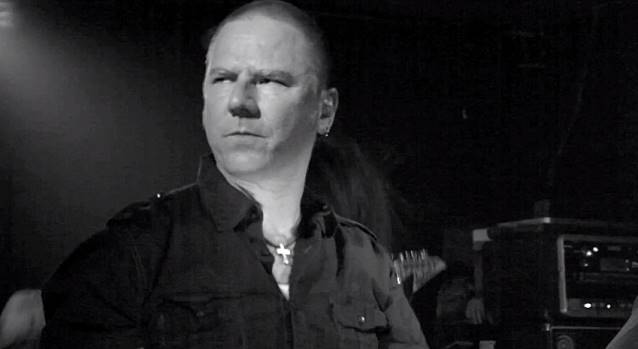 Multi-camera video footage of several Lousiana heavy metal musicians — including vocalist Kyle Thomas (TROUBLE, EXHORDER, FLOODGATE) — performing a cover version of the BLACK SABBATH classic "The Mob Rules" on January 18 at the "Old School Reunion From The 1980s & 1990s" event at The Twist Of Lime in Metairie, Lousiana can be seen below.

The band lineup for the performance was as follows:

TROUBLE played its first show with its new lineup — featuring Kyle Thomas and bassist Rob Hultz — on October 12, 2013 at the Day Of Doom festival in Barcelona, Spain.

"The Distortion Field", the first studio album in six years from TROUBLE, sold around 760 copies in the United States in its first week of release. The CD landed at position No. 25 on the Top New Artist Albums (Heatseekers) chart, which lists the best-selling albums by new and developing artists, defined as those who have never appeared in the Top 100 of The Billboard 200.