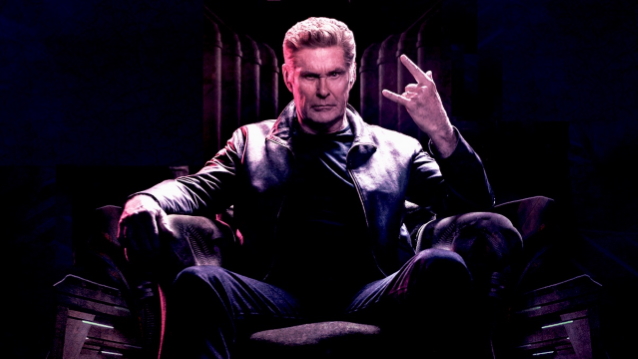 Speaking about how the song came about, Hasselhoff told Consequence Of Sound: "The truth is I did it because it was in front of me and because it was fun. And because [CUESTACK member and VFX designer] Martin [Kames] had done such an amazing job on my last two concerts — he did all the backdrops, and it just blew me away. And [CUESTACK's] Bernth [Brodträger], the guitar player, also blew me away. And so they sent me this track.

"I had found out through a record label that I have a heavy metal following, and I started to laugh. And I looked out in the audience [at one of my shows] and I saw some heavy metal guys and I went, 'Wow.' And I did a song called 'True Survivor' for 'Kung Fury'. I did [a cover of David Bowie's] 'Heroes' with Tyler Bates and it was really cool and it was really hard rock.

"Everyone's got a childhood and everyone grows up and they still sing the songs that they remember as a child. My songs may not be the greatest songs in the world, but they were great when you were eight to 18, and they remember the songs.

"And so I did this as a tip of my hat to heavy metal, 'cause I do listen to heavy metal. I do like hard rock. I did an album [last year] called 'Open Your Eyes', which was an album of cover songs from the '80s — from the JESUS AND MARY CHAIN, ECHO & THE BUNNYMEN, 'Lips Like Sugar'. And I went, 'Wow, these are great songs.' And [the song] 'Open Your Eyes' by THE LORDS OF NEW CHURCH has really incredible lyrics that are so pertinent for today: 'Open your eyes to the lies right in front of you.' And I did that because it was pertinent to today.

"And the same thing happened with 'Through the Night'. I ended up working with Bernth on the lyrics, and saying, 'These lyrics mean nothing to me.' I needed to say something, like 'You'll Never Walk Alone', one of the greatest songs: 'Walk on through the wind/ Walk on through the rain/ Though your dreams be tossed and blown/ Walk on, walk on.' And that's kind of what I've lived by a long time. The first book that I read was — and he became a fan and a friend — 'Yes I Can' by Sammy Davis Jr. And that really affected me. So I kind of took that motto and that mantra into my life. And I've been made fun of, and pretty much, David Hasselhoff going into heavy metal, it's easy to write something negative.

"But all I did was a song for a friend that I loved, and I think it turned out great. I'm happy with the song and we'll see what happens. If we sell 10 copies, we sell 10 copies. If we sell 10,000 or 100,000, we sell them. But I know that I'll probably end up doing 'Though the Night' in concert, and people will respond probably in a positive way. I've yet to do an American tour, but I've toured all over Europe, and people know my music. It's really strange. And in Germany, Austria and Switzerland, obviously they know my music. I've got 35 gold and platinum records on the wall, right in back of me. I just never stopped, and I'm still going."

Fans of this unique collaboration can also get the extended "Through The Night" box set, a digipak CD featuring a retro synthwave remix by BEARTOOTH singer and mastermind Caleb Shomo, as well as an unplugged version and two additional CUESTACK songs. The box set also contains a unique poster, gym bag, autograph card and baseball cap. "Through The Night" is available for physical purchase at the official CUESTACKwebshop.

The first full-length CUESTACK album, "Diagnosis:Human", will be released in 2021. 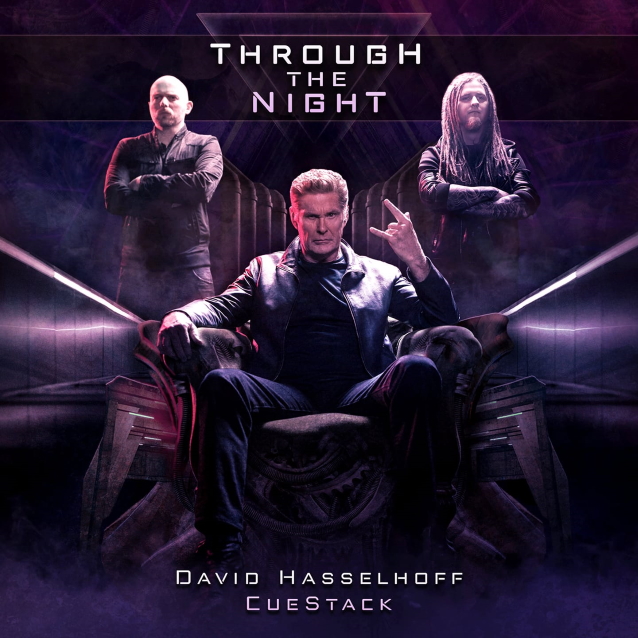