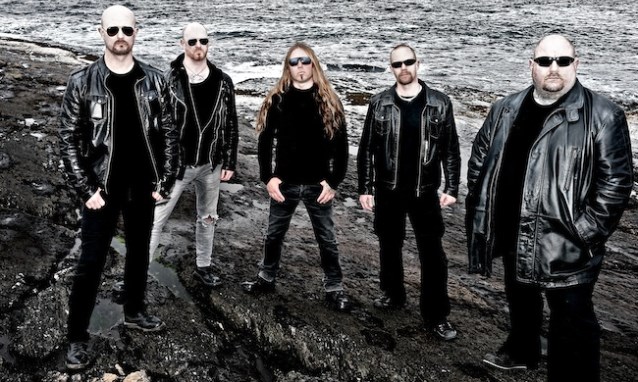 TWILIGHT OF THE GODS: 'Children Of Cain' Lyric Video Released

The official lyric video for the song "Children Of Cain" from the heavy metal "supergroup" TWILIGHT OF THE GODS can be seen below. The track comes off the band's debut album, "Fire On The Mountain", which was released on September 27 in Europe and will be made available on October 1 in North America via Season Of Mist.

"Fire On The Mountain" track listing:

The effort was made available as a CD digipack and a limited-edition LP via the Season Of Mist e-shop.

In a recent interview with Metal Hammer magazine, Averill stated about "Fire On The Mountain": "We grew up with and through most of our reference points. This is just what just came out when we play. We didn't need to go, 'We need to write songs that sound like MANOWAR,' but we all love MANOWAR. There's a fine line to walk between pastiche, parody and putting of the old gonzoid heavy metal charm into it, but not being too self-knowing in that sense."

Asked if it was weird to switch over to singing classic metal lyrics, and finding out how he related to those lyrics, Averill said: "Definitely. The thing is that it's full of the gonzoid heavy metal idioms — the swords and the steel and the blood and the fire. It was a difficult balance to find, to strike between being full of a certain glory and beauty and charm of old heavy metal, without it being too wink-wink, nod-nod, self-parody, but really genuinely meaning it because that's what we all love, and treating it with the sort of kid gloves and respect that it deserves."

He continued: "But yeah, it was difficult trying to find a different voice, another kind of lyric but at the same time, if you take, say, the title track, 'Fire On The Mountain', that's my Dio tribute and it sounds like a RAINBOW songtitle. But yeah, the song is about the siege of Vienna by the Ottoman empire in 1683 where King Leopold I and the Holy Roman See defeated the Turks, and those, I think, had a lot to do with saving the European culture and the Enlightenment and all sorts of stuff. So if you were to actually look at it, you'd go, 'Actually, there's something being said here, but it's written in heavy metal vernacular, which was handed down to us from IRON MAIDEN and whoever. But it's a challenge, for sure, and it's also a challenge to write a chorus that people could sing. You're sitting there for the first time thinking, actually, how could I write this in such a way for people at a show or at a festival to get behind it, you know? It's just a traditional, hard-rock structure, which is a breath of fresh air for all of us, because we've all, for the past 20 years, been playing extreme music and darker music to some degree, so it's a bit like something fresh for all of us, despite the fact that it's all old." 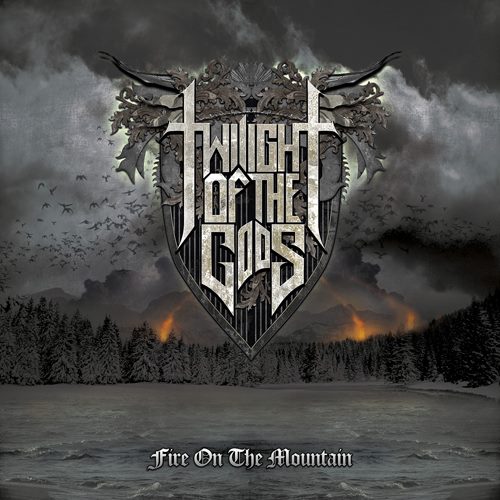 Find more on Twilight of the gods