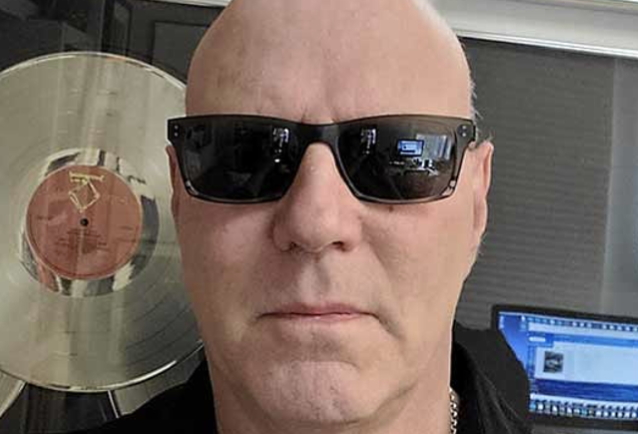 Patient organization Zero – The End Of Prostate Cancer and Bayer are banding together to launch We're Not Gonna Take It — a national prostate cancer education program with guitarist Jay Jay French, founding member of the heavy metal band TWISTED SISTER. The rocker was diagnosed with prostate cancer in 2018 and now he is urging men to turn up the volume against prostate cancer to detect this disease early. The campaign encourages men to get screened for prostate cancer and become more informed about risk factors, such as family history and elevated prostate-specific antigen (PSA) levels. For men already diagnosed with prostate cancer, the program offers information to help better understand the diagnosis and available treatment options. As part of the campaign, Zero, Bayer and Jay Jay French are encouraging men and their loved ones to visit Zero's web site, which includes the podcast "Prostate Cancer Uncensored" where Jay Jay shares his story and the "Truth Or Twisted" quiz to separate fact from fiction when it comes to prostate cancer.

"My father died from prostate cancer in 1984 and because of the family history, my doctors were on the lookout for this disease in me and my brother," said French. "I'm a prostate cancer survivor because my doctors were proactive, and I'm working with Zero and Bayer to encourage men 50 and older, especially those with a family history of the disease, to become advocates for themselves, getting checked each year and knowing if their PSA number is on the rise."

"All men are at risk for prostate cancer and screening and early detection is the best defense against this disease," said Jamie Bearse, Zero CEO and president. "Understanding family history and other risk factors is an important step in knowing when to begin screening for prostate cancer."

If elevated PSA is identified early, there are treatment options that have been shown to extend survival. It is important for men to be informed about different treatment options and their side effect profile so that they can have educated treatment conversations with their doctor. We're Not Gonna Take It seeks to educate men about treatments options, so they can advocate for themselves.

"We are proud to work alongside Zero and Jay Jay French to help support the exceptional work being done to educate men about prostate cancer," said Nelson Ambrogio, senior vice president, general manager, oncology at Bayer. "Through science, innovation and research, Bayer is committed to transforming the treatment of prostate cancer, with the goal of bringing meaningful benefit so men can live longer."

French had his prostate removed in April 2018, a month after being diagnosed with prostate cancer.

The 68-year-old rocker, whose band completed its final tour in late 2016, first revealed his health battle during a June 2018 interview on the "Let There Be Talk" podcast with rock and roll comedian Dean Delray. He said: "They've been watching me for 15 years, 'cause my father died of it. My father died in '84. And then starting in 2004, they started watching me carefully, and my brother carefully, and we knew this wasn't a matter of 'if,' it was a matter of 'when.' So when it finally diagnosed itself, it finally came up, I had to deal with it — I had to proactively deal with it. So I went in the hospital and had it removed."

As for why he opted to have the prostate removed rather than have radiotherapy, Jay Jay said: "I did a ton of research — a ton. I analyzed every version of a solution to the problem and got the best doctor and made the best choice for me. And since it's a high-percentage disease — so many men get it — this is not gonna be an unusual situation. I can tell you that I have about ten guys who have had it who got me through it by explaining to me what they went through.

"To sound like an old cliché, if I can help one guy… If one person hears me and says, 'Wow! Jay Jay did it. He confronted it and he came out okay. I need to do that too,'" he said. "Don't put your head in the sand about it. Be proactive. 'Cause you don't want it to kill you."

On average, approximately one in seven men will be diagnosed with prostate cancer during his lifetime. French's advice to all men is to "get checked, first of all. Absolutely, always get checked," he said. "PSA [blood test] isn't always an indicator, but it can be. So if your PSA is above 4 [nanograms per milliliter of blood], you should really look into… That's a blood test. Then there's MRIs and then there's biopsies and then there's an operation. Biopsies are not fun. It's like being raped by Edward Scissorhands; they're not fun, but I've had six of 'em. It's not a happy thing — unless you're knocked out, which I wasn't for the first five biopsies.

"Let's just say that you have to be proactive, and if your responsibility is to your family, if you wanna live first, then you figure it all out later," he continued. "So don't talk to me about, 'Oh, man, does sex suck [after having the prostate removed]? Does this suck? Does that suck?' You know what? It may or may not suck, but you need to live first, and then you figure it out. And I have to tell you — when I talked to my friends [who went through the same thing] about it, I said to all of them, 'What was your response when they told you you had to make this decision? And when you made this decision, how did you view the decision?' And they all said the same thing to me. This is the guys who decided to have it removed versus radiation, 'cause radiation is another option. But radiation, your prostate stays in you, so you have to hope that they get it, because if they don't, they can't remove a prostate that's already been affected with radiation because it changes the shape of the prostate and the texture of the prostate and the prostate can't be removed, so you're really eliminating your options. However, to be fair, plenty of people do survive with radiation, so let me be fair about that. I completed to have it removed. And the two things that were said to me by all the guys — none of them knew each other, but just when I said, 'Why did you choose it?' they all said, ''Cause I wanted it the fuck out of my body.' Number one. And number two, when I said, 'What about the sexual incontinence?' they said, 'Dude, I'm gonna live first. I'll figure out the rest later.' I didn't understand it. But now I completely understand it."

In 2016, actor Ben Stiller divulged that he was diagnosed with prostate cancer after receiving a "baseline" PSA test at age 46, crediting the test with saving his life.